French luxury goods retailer LVMH has called off a $16 billion takeover of Tiffany Co, prompting the latter to file a law suit in a local Delaware court seeking a direction to LVMH to abide by the contractual obligations of the complete transaction. 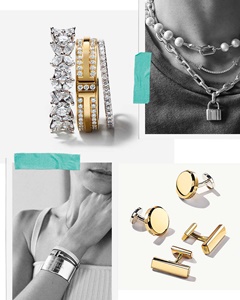 Tiffany Co today announced the filing of a lawsuit in the Court of Chancery of the State of Delaware against LVMH Moët Hennessy-Louis Vuitton SE and related entities (LVMH) for breach of agreement over a merger of the two.
Tiffani’s lawsuit seeks a court order to enforce the 24 November 2019 merger agreement between Tiffany and LVMH providing for the acquisition of Tiffany by LVMH and requiring LVMH among other things to abide by its contractual obligation under the merger agreement to complete the transaction on the agreed terms.
The lawsuit not only makes clear that LVMH is in breach of its obligations relating to obtaining antitrust clearance, but also refutes LVMH’s suggestions that it can avoid completing the acquisition by claiming Tiffany has undergone a material adverse effect or breached its obligations under the merger agreement, or that the transaction is in some way inconsistent with its patriotic duties as a French corporation.
Under the terms of the merger agreement, LVMH assumed all antitrust-clearance risk and all financial risk related to adverse industry trends or economic conditions. In addition, LVMH is required to do everything necessary to secure all required regulatory clearances as promptly as practicable.
The merger agreement provided for more than sufficient time to obtain all the required regulatory clearances outside of 24 August 2020, the date which the parties agreed for signing the agreement, because the transaction does not pose any substantive antitrust concerns. The merger agreement also gives either party the option to unilaterally extend the outside date to 24 November 2020 if antitrust clearances are the only remaining condition to closing at 24 August 2020.
As of 24 August 2020, LVMH had not even filed for antitrust approval in three of the required jurisdictions. Because all other conditions to closing were met on that date, Tiffany said it elected to extend the outside date to 24 November 2020. However, this extended outside date is now less than three months away, and LVMH still has not filed formal requests for antitrust approval in the European Union or Taiwan, and applications are still outstanding in Japan and Mexico, all due to LVMH’s concerted efforts to delay or avoid receipt of regulatory approvals in those jurisdictions in breach of the merger agreement.
“We regret having to take this action but LVMH has left us no choice but to commence litigation to protect our company and our shareholders. Tiffany is confident it has complied with all of its obligations under the merger agreement and is committed to completing the transaction on the terms agreed to last year. Tiffany expects the same of LVMH,” Roger N Farah, chairman of Tiffany’s board, said.
“The fundamental strength of Tiffany’s business is clear. The company has already returned to profitability after just one quarter of losses, and we expect our earnings in the fourth quarter of 2020 will actually exceed the same period in 2019,” chief executive Alessandro Bogliolo said.
The Covid-19 pandemic has not prevented other parties from making antitrust filings on a timely schedule. Among the ten largest transactions announced since the beginning of the fourth quarter of 2019, this is the only transaction that has not yet formally filed for antitrust approval in the European Union. All nine other transactions filed formal notifications with the EU between 27 March and 7 July.
Tiffany said LVMH had claimed to reserve its rights to challenge Tiffany’s extension of the outside date. On Tuesday (8 September) LVMH for the first time revealed to Tiffany of a letter written by French foreign affairs minister, dated 31 August 2020, asking LVMH to wait till 6 January to sign the agreement.
MORE REPORTS