Creditors of bankrupt Ruchi Soya Ltd have approved a Rs6,000-crore offer by Adani Wilmar Ltd to take over the Indore-based company, which is also India’s largest edible oil maker. 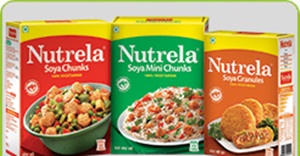 Reports quoting banking sources said more than 96 per cent members of the committee of creditors (CoC) for Ruchi Soya have approved the resolution plan submitted by the Adani Group company, at the end of a 24-hour voting process.
Creditors representing at least 66 per cent of the outstanding dues of a company must approve a plan for it to go through under the Insolvency and Bankruptcy Code.
Adani Wimer’s offer includes Rs4,300-crore repayment to financial creditors and over Rs1,700 crore equity infusion in the company
Yoga guru Ramdev-backed Patanjali Ayurveda Ltd, the second-highest bidder, had offered Rs5,765 crore, which includes Rs4,065 crore repayment to financial creditors and about Rs1,700 crore as equity support.
Neither bidder offered to hike their bids, the bankers were quoted earlier as saying. The offer will now be placed before the National Company Law Tribunal for a final approval, after which Adani Wilmar can take control of Ruchi Soya’s assets.
Adani Wilmar, which sells cooking oil under the Fortune brand, has bid for Ruuchi Soya assets at a 53 per cent haircut to the claims of financial creditors. Ruchi Soya owes lenders Rs9,115 crore, according to claims overseen by Shailendra Ajmera, the resolution professional for the company.
State Bank of India has the highest exposure of Rs1,822 crore to Ruchi Soya, according to the company’s website.
After Adani Wilmar emerged as H1, Patanjali Ayurved sought clarification from the resolution professional (RP) of Ruchi Soya on the eligibility of Adani Group to participate in the bidding process. It also sought to know the parameters adopted by the RP to declare Adani Wilmar as the highest bidder.
Patanjali Ayurved managing director Acharya Balkrishna had last month, said that it will not back out from the race to acquire Ruchi Soya and explore all options, including legal, to clinch the deal.
The Haridwar-based firm has questioned the appointment of Cyril Amarchand Mangaldas as the RP's legal advisor as the said law firm was already advising Adani Group.
Patanjali was asked to submit a revised bid by 16 June to match or better the highest offer of Rs6,000 crore by Adani Wilmar under the Swiss Challenge system adopted by the RP and the committee of creditors.
However, Patanjali wrote to the RP seeking clarifications instead of submitting a fresh bid.
Patanjali Ayurved already has a tie-up with the Indore-based Ruchi Soya for edible oil refining and packaging and it wants to further expand its cooking oil business.
Ruchi Soya, which is facing the insolvency proceedings, has a total debt of about Rs 12,000 crore. The company has several manufacturing plants and its leading brands include Nutrela, Mahakosh, Sunrich, Ruchi Star and Ruchi Gold.
MORE REPORTS