Maharashtra chief minister Devendra Fadnavis has announced the rollout of the largest public Wi-Fi service in Mumbai, with 500 Wi-Fi hotspots going live across the city, as part of the digitisation drive. 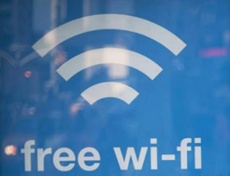 The number of Wi-Fi hotspots in the city will go up to 1,200 by 1 May (Maharashtra Day), the chief minister said even as he highlighted the importantance of digital empowerment.

''During the trial period from 2 to 8 January about 23,000 users across the city signed up and downloaded more than 2 TB of data,'' Fadnavis said.

''Happy to dedicate Phase 1 of #MumbaiWiFi. From this instance, 500 WiFi Hotspots go live across various locations in #Mumbai. #MumbaiWifi is India's largest Public WiFi service & one of the largest globally too.''

"Meanwhile, we will monitor the progress on connectivity and speed. We are committed to give good experience to Mumbaikars and resolve issues on priority," Fadnavis said. He said during trial period from January 2 to 8, about 23,000 users across the city signed up and downloaded more than 2 Terabyte (TB) data.

''It is an important step by our Government in the continual commitment of AapleSarkar for digital empowerment of Maharashtra!#MumWiFi - Devendra Fadnavis (@Dev_Fadnavis) January 9, 2017.''

The government's mega-project to turn Mumbai into a "Wi-Fi city" was announced in August last year. The BJP government had then proposed to offer Wi-Fi service at 500 hotspots by November.

For its free internet, the government is using the state-run MTNL's network. The free network lasts for either 1GB of data (offered at 20Mbps) or 30 minutes, whichever is hit first.

At present, train passengers also have free Wi-Fi access at some railway stations.

Despite all efforts by the central government and its agencies, India ranks very low in digital empowerment. Chairman of telecom regulator Trai, R S Sharma today said broadband connectivity to 500 million people can be provided in a short span of time by leveraging digital cable TV network. ''We have made a number of recommendation and our recommendations if followed could transform our ranking which is abysmally low,'' Sharma said at Skoch Summit. He said that there are 100 million homes in India connected with digital cable TV.

Wireless or mobile broadband subscriber in September grew by 173.87 million and fixed line broadband connections were at 17.84 million. Government under National Telecom Policy 2012 has set target to connect 600 million people by the year 2020 at minimum 2 Mbps download speed.