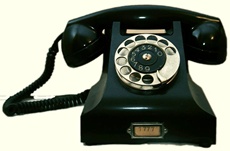 ''In response to media reports, M2 Group Ltd confirms it has submitted to iiNet Limited an indicative, non-binding, incomplete and confidential competing proposal to acquire 100 per cent of the issued shares in iiNet via a scheme of arrangement,'' M2 said in a release to the Australian securities exchange (ASX).

Melbourne-based M2's offer comes about six weeks after TPG offered A$8.6 a share for iiNet. Under M2's scheme, iiNet shareholders would get 0.803 M2 shares plus A$0.75 cash per share as a special dividend.

M2 values its offer at A$11.37 per iiNet share, which includes a A$1.37 per share of estimated synergies to iiNet shareholders, which values the company at A$1.85 billion. However, excluding the synergies, it is A$10 per share of iiNet or about A$1.6 billion.

The new proposal is under consideration with iiNet board and if it is found superior after due diligence, TPG would have the right to match any rival offer.

"Otherwise iiNet would expect to recommend the M2 proposal, subject to the independent expert finding the offer to be in the best interests of iiNet shareholders and subject to no superior offer emerging," it further stated.

Perth-based iiNet has a broadband customer base of 975,000 while M2 has around 508,000. The combined entity would move up to the second rank in the Australian broadband market pushing down Singtel-Optus with around 988,000 subscribers to the third position.

M2 said that it intended to operate iiNet as a standalone brand further to completion of the acquisition.

According to Australian media reports, iiNet's founder Michael Malone would favour a merger with M2 rather than a combination with TPG. The company's biggest institutional shareholder BT Investment Management has also opposed TPG's offer and bidding process.

Observers are also watching whether Singtel-Optus, a wholly-owned subsidiary of Singapore's Singtel, would enter the fray to consolidate its position in the fixed line broadband market.

Goldman Sachs is acting as exclusive financial adviser to M2 in the deal.