US billionaire and Amazon founder Jeff Bezos today blasted off on board his company Blue Origin’s New Shepard launch vehicle on a flight to the lower limits of space and returned to the space port in a desert site in West Texas, hoping to usher in a new era of private space travel. 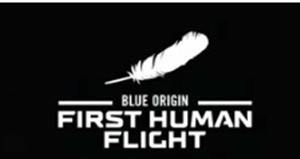 Bezoz is nine days behind British entrepreneur Richard Branson who completed a successful suborbital flight on his company Virgin Galactic’s first manned flight from a space port in New Mexico,
Bezos was accompanied by his brother and private equity executive Mark Bezos and two others, including pioneering aviator Wally Funk, 82, and recent high school graduate Oliver Daemen,18.
New Shepard’s booster and its payload containing the capsule separated at the edge of space, about 100 km altitude, or the so-called Kármán line set by an international aeronautics body as defining the boundary between Earth’s atmosphere and space, flying higher than Branson did at 86 km.
New Shepard’s rocket-and-capsule was launched vertically into the suborbital space. The rocket returned to the launch pad, while the capsule fell back to earth with parachutes assisting it make the landing in the West Texas desert.
The vehicle, a fully autonomous rocket-and-capsule combination that cannot be piloted from inside the spacecraft, was completely computer-flown and had none of Blue Origin’s staff astronauts or trained personnel onboard.
Funk was one of the so-called Mercury 13 group of women who trained to become NASA astronauts in the early 1960s but was passed over because of her gender. Daemen, Blue Origin’s first paying customer, is set to attend the University of Utrecht in the Netherlands to study physics and innovation management in September. His father heads investment management firm Somerset Capital Partners.
New Shepard is a rocket system that has been designed to take astronauts and research payloads past the Karman line – the internationally recognised boundary of space. The idea is to provide easier and more cost-effective access to space meant for purposes such as academic research, corporate technology development and entrepreneurial ventures among others.
But, NASA last month chose Elon Musk’s SpaceX for the initial $2.9bn contract, leaving out Jeff Bezos’s Blue Origin and Alabama-based firm Dynetics.
US Senator Maria Cantwell has now proposed $10 bn for NASA to rethink its decision to reject Amazon’s Blue Origin space venture.
However, the company appears to have a backlog of future customers. More than 6,000 people from at least 143 countries entered an auction to become the first paying customer, though the auction winner who made a $28m bid ultimately dropped out of Tuesday’s flight.
Blue Origin has not offered details on its longer-term pricing strategy or how quickly it will ramp up the frequency of its launches. Chief executive Bob Smith has said the next flight is likely in September or October. Smith said the “willingness to pay continues to be quite high” for people interested in future flights.
MORE REPORTS