The government is planning to extend its low-cost regional air connectivity scheme by connecting small airports in the country to international destinations, at subsidised rates. 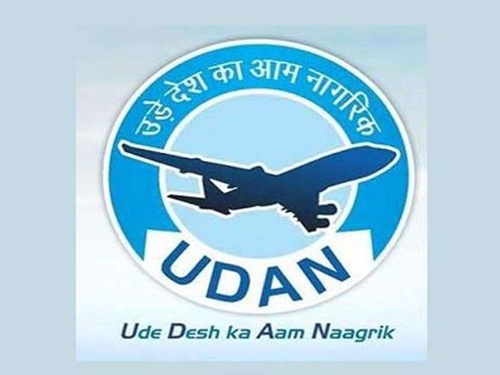 Modi government’s Udan would be going international with flights to Thailand and Bangladesh for as low as Rs2,500, say reports, quoting sources in the aviation ministry.
The Ude Desh ka Aam Nagrik (Udan) scheme is a subsidised low fare initiative to connect small cities and to help more people fly.
The 'International Udan scheme will focus on the extension of the Regional Connectivity Scheme (RCS) to international routes and destinations, sources said. This will be announced in the upcoming 3rd phase of Udan scheme.
Under the scheme, Assam airports may get connectivity to Bangkok in Thailand and Kathmandu in Nepal. Similarly, Bihar airports may get direct connectivity to airports in Nepal, Bangladesh and Myanmar.
A Zee Media report quoting sources said the Centre's plan has got a positive response from stakeholders. Besides Assam government which has already shown interest, airlines like Spicejet are also interested in flying to popular destinations like Bangkok.
Airports in Bihar will get international extension by connecting to Nepal, Bangladesh and Myanmar, while airports in Tamil Nadu may get to operate flights to international destinations like Singapore, sources said.
If the government moves according to plan, the aviation ministry will soon announce the scheme offering international flight tickets starting from Rs2,500.
The government recently invited bids for the third phase of Udan scheme and received bids for 111 routes from 15 airlines.
SpiceJet and IndiGo have bid for 37 routes and 20 routes in the third round of auctions. Ghodawat Enterprises Private Limited has bid for total of 15 routes in this round.
Udan was launched in 2016 to make air travel affordable for people through subsidised ticket rates and to provide air connectivity to smaller towns.
Five airlines were mandated to fly on 128 regional routes in the first phase of the bidding in March 2017, and 15 airlines on 325 regional routes, including those having chopper operations, in the second phase in January last year.
MORE REPORTS