The civil aviation ministry has proposed a full refund of airfare for tickets cancelled at least four days in advance, provided the cancellation is done within 24 hours of booking the ticket. 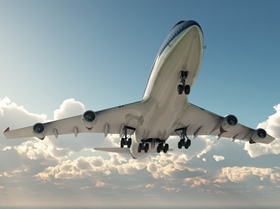 “No cancellation charges will be levied if the tickets are cancelled within 24 hours of booking, provided the ticket is booked 96 hours before flight departure,” said Jayant Sinha, mister of state for civil aviation.
The draft proposals placed for public consultation also proposes no additional charge for name correction, if the error is pointed out within 24 hours of booking the ticket.
However, the name correction will be restricted to three characters and to within 24 hours of booking.
In the draft passenger charter released on Tuesday, the government also said that the cancellation fee can, in no condition, be more than the base fare.
“Earlier, travel agents (or OTAs) cancellation fee used to be more than the base fare. Under the new passenger charter, it cannot be more than the base even after including cancellation fee charged by agents,” said B S Bhullar, director general of Directorate General of Civil Aviation.
In case of cancellation by airlines two weeks to 24 hours before departure, the airline will have to offer alternate flights. And where passengers are barred from boarding a flight because of over-booking, the airline will have to pay a minimum compensation of Rs5,000.
The draft proposals also include compensation norms for passengers. In case a traveller is informed about a flight cancellation between two weeks to 24 hours before the flight, the airline must offer an alternate flight, which departs within two hours of the scheduled departure time or refund the ticket.
If the airline doesn’t inform the passenger about the cancellation at least 24 hours ahead of the scheduled departure, the airline will have to refund the full value of the air ticket.
In case where the flight delay is communicated more than 24 hours before the scheduled departure, the airline will have to offer an option of full refund of ticket, if the delay is for more than four hours. And, if the delay results in flight taking off the next day, then the airline will have to offer a free hotel stay as well as taxi fare to and from the hotel.
These norms will, however, be applicable only if the delay is due to the fault of the airline and not due to of inclement weather or other issues beyond the airlines’ control.
In case of loss of baggage, the minimum compensation proposed is Rs3,000 per kg. If a baggage is delayed or damaged the airline is liable to pay Rs1,000 per kg to the passenger.
The draft proposals have been issued for public consultation and will remain in public domain for a period of 30 days. The aviation ministry aims at notifying the final version within two months.
MORE REPORTS