Chinese home appliance maker Midea Group yesterday said that it will raise its stake in Kuka AG to 64.22 per cent, as part of its plan to acquire the German factory robot manufacturer for  €4.5 billion ($5 billion). 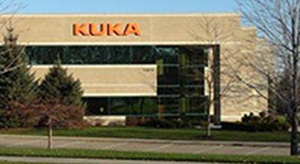 Midea, based in Guangdong province, had accepted a total of 20.17 million Kuka shares, or about 50.71 per cent of the issued share capital, and the existing voting rights of the German firm, it said in the statement.

The takeover offer will expire on 15 July.

In May, Midea, which holds an indirect 13.51-per cent stake in Kuka, offered to buy the robot manufacturer for €115 per share, a premium of 36 per cent to Kuka's 17 May closing share price of €84.4. (See: China's Midea Group offers to buy German factory robot manufacturer Kuka for $5.07 bn)

The largest shareholder in Kuka is German privately-held engineering company Voith Group with 25.1 per cent, and German billionaire Friedhelm Loh with 10 per cent stake.

But the German government has not been in favour of the deal since it did not want advanced technology to go to the Chinese and was looking at whether it could use a foreign trade law to block the deal or get a European suitor to counter bid for Kuka.

In order to ease German political concerns, Midea agreed to not delist Kuka, retain the company's management, its headquarters in Germany, maintain factories and employees until 2023.

Last week, Voith Group agreed to sell its stake to Midea for about €1.2 billion ($1.34 billion), paving the way for a smooth takeover.

Till Reuter, CEO of Kuka, who supports the deal, told German national subscription daily newspaper, Sueddeutsche Zeitung, that he expects no regulatory hurdles to the takeover by the Chinese company.