German cutlery and coffee machine maker WMF Wuerttembergische Metallwarenfabrik AG (WMF) has received takeover bids from Chinese and other suitors in a deal that may fetch its private equity owner more than €1.5 billion ($1.7 billion). 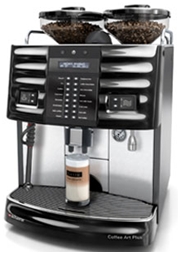 WMF was founded in 1853 as a metal repairing workshop and by 1900 it became the world's largest producer and exporter of household metalware.

It sells its products through around 230 stores in Germany, Austria, and Switzerland and has annual revenues of around €1 billion.