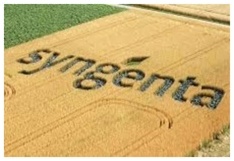 The move comes seven months after the US Committee on Foreign Investment cleared the mega deal after concluding that the transaction would not threaten national security.

In April 2016, ChemChina struck a friendly $43-billion merger deal with Swiss seeds and pesticides giant Syngenta in a bid to become the world's biggest supplier of pesticides and agrochemicals.

The deal has already been approved by regulators from 16 countries.

If approved by regulators from China, Europe, India and Mexico, the deal will be the biggest overseas acquisition by a Chinese company, surpassing the 2008 purchase of China Netcom Group by China Unicom Hong Kong Ltd for $29 billion.

The US Federal Trade Commission (FTC) said that the companies agreed to divest ChemChina's generic production of the herbicide Paraquat, insecticideAbamectin, and fungicide Chlorothalonil businesses to California-based agrochemical company AMVAC.

The FTC said that the merger is likely to cause significant competitive harm in the US markets for three pesticides, herbicide paraquat, which is used to clear fields prior to the growing season; the insecticide abamectin, which protects primarily citrus and tree nut crops by killing mites, psyllid, and leafminers; and the fungicide chlorothalonil, which is used mainly to protect peanuts and potatoes.

Syngenta owns the branded version of each of the three products, giving it significant market shares in the US. ChemChina subsidiary ADAMA focuses on generic pesticides and is either the first-or second-largest generic supplier in the US for each of these products.

The FTC also concluded that the merger would increase the likelihood that US customers buying Paraquat, Abamectin and Cchlorothalonil would be forced to pay higher prices or accept reduced service for these products.

For ChemChina, the Syngenta transaction would be the biggest overseas acquisition after it purchased Italian tyre maker Pirelli in August 2015 in a $7.7-billion deal.