Moody's downgrades China's credit rating to A1 from Aa3

Moody's Investor Services today announced a downgrading of China's credit rating to a negative A1 from a stable Aa3, the first time in nearly 30 years, over concerns of weakening of the financial strength of the world's second-largest economy. 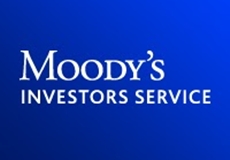 The one-notch downgrade in long-term local and foreign currency issuer ratings, to A1 from Aa3, comes as the Chinese government grapples with the challenges of rising financial risks in a slowing economy.

China's economy has for long been fuelled by economic stimulus and cheap credit and the government thereis now grappling with ways to steer the economy clear of a debt crisis as growth slows.

This, according to Moody's could cause an erosion in the financial strength of the Chinese economy. It also cited the likelihood of a ''material rise'' in economy-wide debt and the burden that will place on the state's finances, while also changing the outlook to stable from negative.

"The downgrade reflects Moody's expectation that China's financial strength will erode somewhat over the coming years, with economy-wide debt continuing to rise as potential growth slows," the rating agency said in a statement.

China's finance ministry said the downgrade is due to an overestimate of the risks to the economy and was based on "inappropriate methodology".

"Moody's views that China's non-financial debt will rise rapidly and the government would continue to maintain growth via stimulus measures are exaggerating difficulties facing the Chinese economy, and underestimating the Chinese government's ability to deepen supply-side structural reform and appropriately expand aggregate demand," the ministry said in a statement.

"While ongoing progress on reforms is likely to transform the economy and financial system over time, it is not likely to prevent a further material rise in economy-wide debt, and the consequent increase in contingent liabilities for the government," Moody's said.

The downgrade, however, is unlikely to affect China's economy that is flush with foreign money and still within investment grade, although officially it is seen to be raising borrowing costs for the Chinese government and its state-owned enterprises (SOEs), it remains comfortably within the investment grade rating range.

China's sovereign debt is mostly held by domestic investors, which shields the economy from the sudden impact of ratings changes. But, with an excessive leverage of the financial system, it would be difficult for China to keep growth rates above the target of at least 6.5 per cent.

China's Shanghai Composite index fell more than 1 per cent in early trade but pared losses later. The Chinese yuan briefly dipped in offshore markets, falling nearly 0.1 per cent against the US dollar after the news.