Russia to trim deficit as S&P “junks“ its credit rating

The Russian government today announced plans to reduce its budget deficits that will see the economy return to a budget surplus in 2017, after rating agency Standard and Poor's downgraded the country's sovereign debt to a non-investment grade. 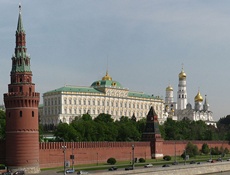 The ratings agency has warned that Russia's economic growth prospects, hit by low oil prices and western sanctions over the Ukraine crisis, had worsened and that difficult times are ahead for Russia's economy.

With continued western sanctions on some of Russia's biggest companies over Ukraine amidst falling oil prices, S&P expects Russia's economy to slide into recession this year.

S&P said in a statement it saw Russian economic growth flattening to 0.5 per cent annually for four years between 2015 and 2018, against 2.4 per cent in the previous four years.

The rating agency said the central bank has little room for manoeuvre.

The rouble fell 6 per cent from the previous close to 68.65 against the dollar on the Moscow Exchange, and insurers raised the cost of insuring Russian sovereign debt for five years amidst investor concerns.

The downgrading will make it difficult for large corporates and banks to refinance themselves and could raise borrowing costs for Russian investors as well as harm Russia's image among investors.

Russian finance minister Anton Siluanov played down the situation saying the downgrade is premature and failed to factor in Russia's strengths.

"The decision taken shows the excessive pessimism of the agency. It fails to consider a series of factors which characterise the strong side of the Russian economy: the accumulation of large international reserves, including in the sovereign funds," he said.

He said capital markets had already factored in the downgrade and it should have no "serious additional effects" on them.

The United States and the European Union have threatened to impose more sanctions following new violence in Ukraine though Putin blames it on Kiev.

Capital flight from Russia soared last year amidst rising inflation, compounding pressure on the rouble. The rouble had fallen about 40 per cent against the US dollar last year and has continued its decline this year.

Russia's foreign reserves have collapsed since early last year, falling to their lowest level since early 2009 as Russia has been forced to spend heavily to defend the rouble.