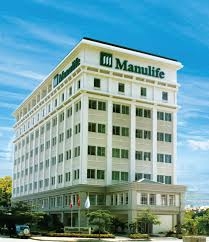 Under the new 15-year distribution agreement, which comes into effect on 1 January 2016, Manulife will replace British insurance giant Aviva Plc whose contract with DBS expires in 2015.

Manulife will pay upfront $1.2 billion for the deal from its internal resources. Further, there will be ongoing variable payments based on the success of the business.

''The new partnership will combine DBS' superior Asian banking franchise with the insurance and wealth management expertise of Manulife,'' the companies said in a statement.

DBS CEO Piyush Gupta said, ''Manulife's strong customer focus and deep commitment to Asia are aligned with our own vision. We are already working with Manulife in Singapore, Hong Kong and Indonesia, and will soon be their flagship regional bancassurance partner and their largest bancassurance partner globally.''

Manulife will gain access to DBS' six million customer base in the four markets through the bank's extensive network of over 200 branches and its over 2,000 sales professionals and its online and mobile banking platforms.

Through the deal, DBS will strengthen its regional life insurance distribution capabilities, providing a full suite of innovative and customised insurance solutions.

DBS said that it has selected Manulife through an extensive selection process, which attracted strong interest from a number of leading insurance players across the globe.

Toronto-based Manulife is the world's sixth largest life insurer with its primary operations in Asia, Canada and the US. The company has a 118-year presence in the Asian region where it has more than six million customers across 12 markets and is the leading life insurance provider in Hong Kong.

Assets under management by Manulife and its subsidiaries stood at approximately $596 billion as at the end of 2014.

Manulife president and chief executive officer, Donald Guloien, said, ''This 15-year agreement builds on our existing successful relationship with DBS. It accelerates our growth in Asia, deepens and diversifies our insurance business, and gives us access to a much wider range of customers.''

Singapore-based DBS is a provider of a full range of financial services to its customers. It has a growing presence in the Asian region with over 250 branches across 17 markets. With its high credit ratings, the bank has been recognized as a leader in the region and carries the name of 'Best Bank in Asia-Pacific' and 'Safest Bank in Asia' by Global Finance.

Manulife expects the deal to be accretive to its earnings in 2017.

Other insurance giants have also similar tie-ups with lenders that have large Asian branch networks. AIA Group Ltd has a partnership with Citigroup Inc, while Prudential Plc's life-insurance products are sold in the region through Standard Chartered Plc.

Aviva cited high renewal costs as the reason for the termination of its existing partnership with DBS, .

''The cost to renew the agreement was far in excess of what we saw as economically viable or justifiable to our shareholders. Aviva remains highly disciplined regarding capital allocation,'' Aviva Global Life CEO Chris Wei said in a statement.

However, Aviva said that it has an excellent growth franchise in Asia with a strong network of leading partners in China, Indonesia, Taiwan and Vietnam, and also its proposed acquisition of Friends Life Group will expand its business in Singapore, Hong Kong and Dubai.

The insurer said that its business with DBS is not material at group level representing less than 3 per cent of its total value and 20 per cent of new business at its Singapore unit last year.