The commerce ministry on Monday announced a slew of measures to boost exports from the country, including enhanced cover for forex and rupee export credit and enhanced export credit with interest rates below 4 per cent and 8 per cent, respectively, for exporters. 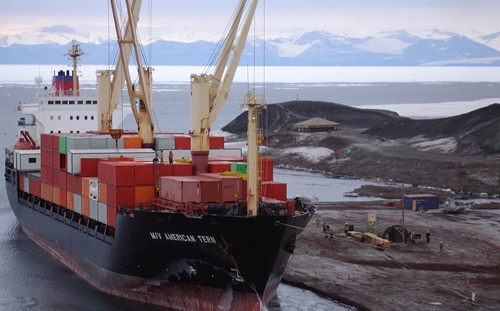 Announcing the stimulus package to enhance volume of export credit, union minister of commerce and industry and railways Piyush Goyal said the scheme is part of the measures announced by finance minister Nirmala Sitharaman to boost exports.
Due to the global slowdown and rising NPAs, banks are in stress and therefore require additional support. Finance ministry has taken steps towards merger of banks and has infused additional capital in the banks.
In order to facilitate lending by banks, the commerce ministry has enhanced insurance cover for banks up to 90 per cent for working capital loans and moderation in premium incidence for the MSME sector, Goel said at a press conference in New Delhi.
Enhanced cover will ensure that foreign and rupee export credit interest rates will be below 4 per cent and 8 per cent, respectively, for exporters, he said.
The stimulus package will catalyse banks to enhance volume of export lending, particularly to the MSME sector with optimal pricing due to capital and risk optimisation, the minister pointed out.
ECGI will continue the existing cover for all customer banks and similar cover will be made available to all other banks as well. All standard accounts covered under ECGC as on the date of transition, shall be eligible for cover under the ECIS, he added.
The scope of cover has been enlarged to include not only the principal outstanding but also for the unpaid Interest (for a maximum of two quarters or the NPA date, whichever is earlier).
The cover has been enhanced to 90 per cent from the present average of 60 per cent for both principal and interest.
A single cover document for ECIS shall be issued covering both the pre-shipment and post-shipment advances unlike the present practice of two different documents being issued by ECGC.
The scheme envisages simplified procedure for settlement of claim and also for provisional payment up to 50 per cent within 30 days on production of proof of end-use of the advances in default by the insured bank.
The ECIS support shall be in force for a period of 5-years and on conclusion, the standard ECGC covers will be available for banks with its regular features.
For accounts with limits below Rs80 crore the premium rates will be moderated to 0.60 per annum and for those exceeding Rs80 crore, it will be 0.72 per annum for the same enhanced cover.
Banks shall pay premium to ECGC on monthly basis on the principal and interest as the cover is offered for both outstandings.
Under the scheme, inspection of bank documents and records by ECGC officials shall be mandatory for losses exceeding Rs10 crore as against the present Rs1 crore.
Other procedural aspects such as reporting or seeking approval of limits, monthly declarations with premium, extension in due date under pre-shipment/post-shipment, report of default, lodging of claim, placing of borrower in Specific Approval List (SAL), sharing of recovery, checking of buyers specific approval list (BSAL) and checking of restricted cover category (RCC) country shall continue as per the existing terms and conditions of cover of ECGC.
Banks shall continue to adhere to the RBI and their internal guidelines relating to export finance backed by enhanced due diligence on the borrower.
The proposed cover will bring down the cost of credit due to capital relief, less provision requirement and liquidity due to quick settlement of claims and will ensure timely and adequate working capital to the export sector.
ECGC is a fully Government of India owned company established in the year 1957 to promote exports by providing credit insurance services. ECGC provides Export Credit Insurance to Banks (ECIB) to protect the banks from losses on account of export credit at the pre- and post-shipment stage given to exporters due to the risks of insolvency and/or protracted default of the exporter borrower.
MORE REPORTS