Prime Minister Narendra Modi's government is likely to announce loan waivers worth around Rs4,00,000 crore to win back rural votes after it lost heavily in assembly elections in three major northern states of Rajasthan, Madhya Pradesh and Chhattisgarh. 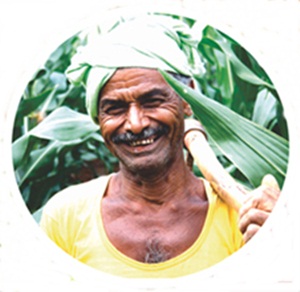 The loan waiver would further widen the government’s fiscal deficit in the current fiscal, but it is important for BJP to win back rural votes lost after two successive waves of farmer protests.
With only months left for the next general election, the Modi administration is expected to move quickly working out the details of a plan allocating money to write off farm loans, reports quoting official sources said.
Modi's Bharatiya Janata Party (BJP) got a severe drubbing in the just concluded elections to five state assemblies. It lost power to opposition Congress Party in three big heartland states, where agriculture is still the mainstay.
Opposition gained the upper hand in the three states with support from farmers to claw back to power. India has around 263 million farmers with several million more of dependents, and their votes can make or mar any party.
With the general election due in May 2019, Modi and the BJP have no other option than popular measures such as raising farm support prices and loan waivers.
The previous Congress party-led coalition government had announced farm loan waivers worth nearly Rs72,000 crore in 2008, helping it return to power with a bigger mandate in 2009.
The farm loan waiver could cost the government as much as Rs4,00,000 crore in loans written off, which could make a big dent in government finances by widening the fiscal deficit.
Economists caution that farm loans waivers would widen a fiscal deficit the government has already crossed 3.5 per cent of the country’s gross domestic product, the government aimed to cap fiscal deficit at 3.3 per cent of its gross domestic product (GDP), or at Rs6,24,000 crore.
MORE REPORTS