Barclays is expected to cut more than 30,000 of its staff within two years as it accelerates a cost-cutting programme, following the departure of chief executive Antony Jenkins, The Times newspaper reported. 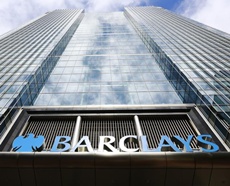 Barclays had earlier, in May last year, projected redundancies of around 19,000 (See: Barclays "bloodbath": 19,000 jobs cut, hundreds of branches to shut), but it was widely expected that job cuts by the British banking and financial services major would limit job cuts  to within 20,000 employees.

The report said Barclays is planning to limit its global workforce to below 100,000 by the end of 2017 and that further job cuts are being considered as the only way to address the bank's underperformance.

The bank's chief executive Antony Jenkins had, in May 2014, said the bank would cut 19,000 jobs over the next three years, which included 7,000 at Barclays' investment bank.

However, things continued to drag amidst bureaucratic delays and chairman John McFarlane finally decided to oust Jenkins this month, without giving any clue to investors, employees and analysts of what additional steps he could take.

Jenkins had eliminated thousands of jobs, set up a bad bank and sold assets to bolster earnings. Barclays' share price continued to lag rivals till he was fired this month with the bank saying that new leadership was required to accelerate changes at the bank.

Jenkins' successor will be expected to cut costs more quickly to achieve better returns and that could mean more aggressive cuts to the bank's 132,000 workforce.

The report is based on a possible course of action that chairman John McFarlane who assumed charge of day-to-day running of the bank until a successor is appointed.

McFarlane, who had taken over the full-time running of insurer Aviva in May 2012 had delivered critical cost-cutting measures.

Cuts are also likely to come in middle and back office operations, sources said, adding that it was possible that thousands more jobs at the bank could go in the longer term as new technology enables it to automate some functions within its retail bank

Shares in Barclays, which were unchanged at 0730 GMT, currently trade at 0.8 times the value of the bank's assets, below rivals in Britain and Europe.

Banks are cutting jobs as bosses strive to improve profitability that has been hurt by tougher regulation.