Barclays to set aside £500 mn for Libor rigging penalties

Barclays has set aside £500 million over the alleged rigging of foreign exchange markets, which is under investigation by regulators around the world. 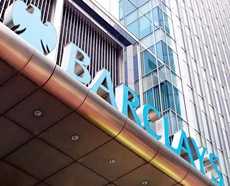 The move adds to the penalties and compensation costs it had had to bear for other scandals such as payment protection insurance (PPI) mis-selling and a £290-million fine for Libor rate-rigging in 2012.

In the UK, the Serious Fraud Office (SFO) and the Financial Conduct Authority (FCA) had both launched investigations into the alleged manipulation of the £3 trillion-a-day forex market, by the lender.

FCA chief executive Martin Wheatley had described the claims as "every bit as bad" as the Libor scandal that had seen banks shell out billions in penalties.

The lender announced the provision as it published results showing a 4 per cent increase in pre-tax profits to £1.22 billion for the third quarter.

Barclays said a £500-million provision had been recognised "relating to ongoing investigations into foreign exchange with certain regulatory authorities".

The lender also made an additional £170 million provision for settling PPI compensation claims.

Barclays said it was also releasing a charge of £160 million related to the sale of interest rate hedging products.

The first nine months saw the group make a statutory profit before tax of £3.7 billion over its first nine-months last year, - a rise of 28 per cent.

The performance came with robust  performances from its Personal and Corporate and separate Barclaycard arms though investment bank profits fell 38 per cent to £1.3 billion as its group contribution continued to slide under chief executive Antony Jenkins.

Jenkins said, the results reflected further progress towards key goals under its Transform programme - aimed at making Barclays the 'go-to' bank - and demonstrated greater resilience through its rebalancing from the 'casino banking' days.

He added, in aggregate, this was a good performance from the group, and its strategy was working. He added, the lender expected to see continued progress as it moved forward.

Sky News reported yesterday that Barclays, HSBC and RBS would set aside roughly £1 billion for settlements with regulators following probes into the abuse of critical foreign exchange benchmarks.

It is reported that settlements between UK banks and the Financial Conduct Authority could be announced as soon as next month.