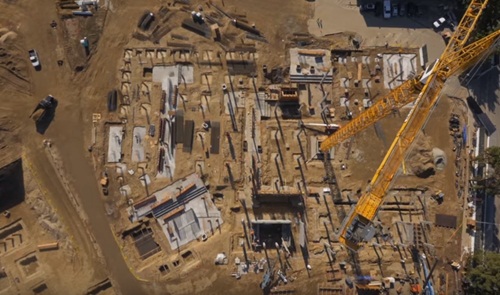 With a total jump of 53 places in just two years, India in now the most business-friendly economy in South Asia and Prime Minister Narendra Modi says his government is committed towards more business-related reforms.
New Zealand, Singapore and Denmark secured the first three ranks in the list of 190 countries.
Afghanistan is the other country besides India to have made a huge progress among South-Asian countries.
By improving on six of the ten parameters, India also made its place among top ten improvers in the world, for the second consecutive year.
In raising India’s ranking in the Ease of Doing Business ranking, World Bank has considered the implementation of reforms like the Goods and Services Tax (GST), Insolvency and Bankruptcy Code (IBC), labour law reforms and move towards transparent electronic trade documentation,
World Bank said, several big and small reforms made India advance to the 77th place in the global ranking.
“India made paying taxes easier by replacing many indirect taxes with a single indirect tax, the GST, for the entire country,” the World Bank said, giving thumbs up on Paying Taxes indicator.
The recent corporate tax rate cut for small businesses in the Budget 2018 also got praise from the World Bank.
On the new-adopted IBC law, which is likely to help lenders recover over Rs1,00,000 crore of bad loans soon, the World Bank noted that the establishment of debt recovery tribunals reduced nonperforming loans by 28 per cent and helped in lowering interest rates on larger loans.
Moreover, India’s efforts towards reducing time and cost of trade by the electronic sealing of containers, upgrading of port infrastructure, and submission of electronic documents with digital signature also won big for the country.
Other reforms such as streamlining the process of obtaining a building permit and making electricity available faster and cheaper were also received well.
The World Bank’s Doing Business report assesses economies on ten parameters — starting a business, dealing with construction permits, getting electricity, registering property, getting credit, protecting minority investors, paying taxes, trading across borders, enforcing contracts and resolving insolvency.
India has improved its rank in 6 out of 10 indicators and has moved closer to international best practices (Distance to Frontier score) on 7 out of the 10 indicators. But, the most dramatic improvements have been recorded in the indicators related to 'Construction Permits' and 'Trading across Borders'. In grant of construction permits, India's rank improved from 181 in 2017 to 52 in 2018, an improvement of 129 ranks in a single year. In 'Trading across Borders', India's rank improved by 66 positions moving from 146 in 2017 to 80in 2018.
Nurturing entrepreneurs:
The DBR ranks countries on the basis of Distance to Frontier (DTF), a score that shows the gap of an economy to the global best practice. This year, India’s DTF score improved to 67.23 from 60.76 in the previous year.
In India, reforms undertaken by Delhi and Mumbai were considered by the World Bank.
MORE REPORTS