StanChart to sack another 2,000; to quit equity business 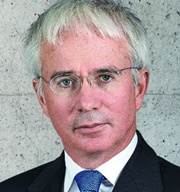 Shutting the loss-making cash equities, equity capital market and equity research operations will result in about 200 job losses and save $100 million in 2016, the London-based bank said in a statement today. It will keep convertible bonds and equity derivatives businesses, and economic and fixed-income research.

Sands, who turns 53 today, plans to cut $400 million of costs this year to stem profit declines that led the shares to plunge the most in six years in 2014. Standard Chartered stands apart from its peers in exiting from institutional equities and the business of managing companies' share offerings as it unwinds an expansion pursued since the global financial crisis.

Shares of the UK bank rose 2.6 per cent, the biggest advance in almost three weeks, to HK$114.70 at 3:19 pm in Hong Kong trading. They earlier pared gains after reports on the exit. The stock slid 33 per cent in Hong Kong last year.

About half of the cost savings planned for this year will come from its retail clients business, Standard Chartered said.

The bank has already cut about 2,000 jobs in the past three months as it focuses on key cities and accelerates a switch to digital banking, with a further 2,000 reductions anticipated this year, it said. It shut 22 branches in the second half of 2014 as part of a previously announced target of 80 to 100 closures.

Most of the jobs cut from the equities withdrawal are in Asia, a spokesman for Standard Chartered said, asking not to be named. Of those, Hong Kong had the largest number, with staff from Singapore, India, South Korea and Indonesia also affected, the bank said.

Standard Chartered reiterated in the statement its plans to exit or restructure ''non-core'' operations. The UK bank announced last year the sale or closure of businesses including consumer finance in China, Hong Kong, Germany and South Korea, its retail bank in Lebanon and private banking in Geneva.

The firm will reduce its headcount in Malaysia by 11 per cent this quarter, with cuts stretching across areas including marketing and retail client operations.

Earnings are under pressure amid falling commodity prices and a faltering economic expansion across Asia, where the bank makes about three-quarters of its profit. Pre-tax profit fell 16 per cent in the third quarter to $1.53 billion as impairments for bad loans almost doubled and regulatory and compliance costs increased.

The closure marks the unwinding of an expansion that included the purchase of Cazenove Asia Ltd from JPMorgan Cazenove Ltd to bolster equity capital markets and institutional broking.