State Bank of India (SBI), the country’s largest lender, has announced a revision in service charges, making cash withdrawal through ATMs costlier by limiting the number of free transactions and prescribing higher penalty for failing to maintain minimum balances, which has now been revised downward. 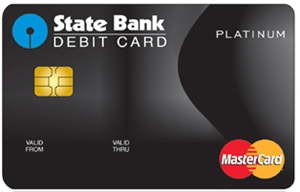 Beginning 1 October, all cash withdrawals by account holders through ATMs beyond certain number of free transactions per month will be charged Rs50 plus GST, SBI said.
The number of free cash withdrawals at SBI ATMs will range from 2-15, depending on the average monthly balance (AMB), according to a statement on the bank's website.
If a savings bank account holder maintains an average monthly balance of up to Rs25,000, there will be 2 free transactions allowed in a month. Similarly, for AMB between Rs25,000 and Rs50,000, there will be 10 free cash withdrawal transactions in a month. Beyond the free transactions, each transaction will be charged Rs50 (plus GST) irrespective of the AMB.
Also, the maximum limit for the savings bank account holder to withdraw cash from a non-home branch will be Rs50,000.
SBI will also charge Rs20 for transaction declines due to insufficient balance. The bank will also impose a fee of Rs22 on cardless cash deposits at ATMs.
However, fund transfers through internet or mobile banking will be free and one can make unlimited transactions irrespective of the monthly average balance.
SBI has classified branches into three categories - metro, semi-urban and rural branches.
For urban centre branches, the AMB requirement has been lowered to Rs3,000 from Rs5,000.
At urban centre branches, account holders with a shortfall in terms of AMB will be charged as follows:
Account-holders at semi-urban centre branches are required to maintain an AMB of Rs2,000. Charges for shortfall will be:
The AMB requirement for account holders at rural centre branches is Rs1,000. Any shortfall will be subject to charges as follows:
In addition, there will be one-way inter-changeability which will be allowed for branch transaction on ATM transactions. It means the account holder will be allowed a maximum of 10 free debit transactions at 6 Metro centres at SBI ATMs and maximum 12 free debit transactions at other centre ATMs provided there are no transaction at other Bank ATM and no transaction at the branch.
Real Time Gross Settlement (RTGS) and National Electronic Fund Transfer (NEFT) transactions through digital means are free, but are chargeable if done at the branch.
RTGS transactions at branches between Rs2 lakh and Rs5 lakh are being charged at Rs20 plus GST, while transactions exceeding Rs5 lakh have to pay a fee of Rs40 plus GST.
The charges on NEFT transactions done at branches are as follows:
MORE REPORTS