State Bank of India (SB), the country’s top lender, added Rs4,876 crore to its net losses in the first quarter of the current fiscal ended 30 June 2018, extending losses to the third straight quarter. 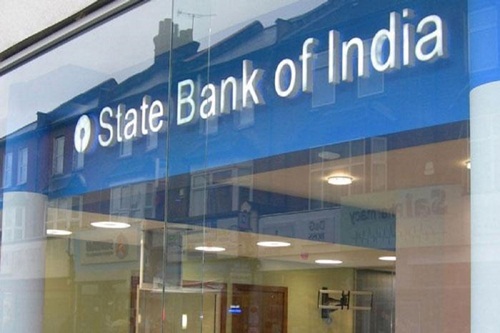 SBI attributed the losses to provisioning for depreciation in the value of its investments and soaring staff expenses. The bank had posted a net profit of Rs2,006 crore in the year-ago quarter (April-June 2017-18).
“The net loss is largely attributable to lower trading income and significant mark-to-market losses due to hardening of bond yields,” the bank said in its statement. The bank hasn’t availed the benefit of RBI dispensation to spread the mark-to-market losses on available-for-sale and held-for-trading portfolio, according to the statement. It recognised a Rs 5,893-crore loss on investments.
Net interest income, or the core income from operations, of the bank rose 24 per cent year-on-year to Rs21,798 crore. That’s higher than the consensus forecast of Rs 19,916 crore. Net interest margin stood at 2.95 per cent.
The April-June  2018-19 net loss was, however, lower than the Rs7,718-crore loss registered during the preceding quarter (January-March 2017-18) thanks to a Rs2,379-crore income tax write-back.
While loan-loss provisions were up 7.53 per cent y-o-y to Rs13,038 crore, with corporate slippages (including from the textiles, power, roads and EPC sectors) accounting for Rs3,704 crore and the balance coming from retail, small and medium enterprise and agriculture sectors.
Fresh slippages at the country’s largest lender were down to Rs9,984 crore during the quarter against Rs33,670 crore in the preceding quarter.
Gross NPAs declined by Rs10,587 crore during the quarter to Rs2,12,840 crore. As of end-June 2018, GNPAs stood marginally lower at 10.69 per cent of gross advances (against 10.91 per cent as at end-March 2018). Net NPAs declined to 5.29 per cent of the net advances (from 5.73 per cent as at March-end 2018).
With the provisioning requirement on account of the legacy NPA accounts being largely taken care of, the bank expects to post a profit in the December and March quarters.
“All the provisioning, or what I call all the pains, all the blows, we are taking upfront... so that future earnings are protected,” chairman Rajnish Kumar said.
“Some of the power assets (seven of them) we are trying to resolve in this quarter. So, if that happens, the provisioning gets advanced... If we resolve them, then whatever is the gap between the provision held and the estimated recovery, that will need to be provided in the September quarter,” he said.
The net interest income (the difference between the interest earned and paid) was up 24 per cent year-on-year at Rs21,798 crore (Rs17,606 crore). Non-interest income was down 16.57 per cent y-o-y at Rs6,679 crore (Rs8,006 crore). This was mainly due to a loss of Rs1,264 crore on sale of investments (against Rs1,770 crore profit under the same head) and a lower forex income of Rs427 crore (Rs667 crore).
Net interest margin improved to 2.80 per cent in the June 2018 quarter against 2.50 per cent in the preceding quarter.
SBI attributed the loss to lower trading income and significant mark-to-market (MTM) losses due to hardening of bond yields and higher provisioning on account of wage revision and enhancement in the gratuity ceiling.
The bank said it has not availed itself of the benefit of the RBI dispensation on amortisation of MTM loss.
Staff expenses increased by 26 per cent y-o-y to Rs9,708 crore during the quarter mainly on account of provision for wage revision and enhancement in gratuity ceiling. The provision for investment depreciation shot up to Rs7,098 crore (against a write-back of Rs755 crore in the year-ago quarter).
Domestic advances recorded 7.21 per cent y-o-y growth to Rs17,23,443 crore. Gross advances, including overseas loans, were up 5.49 per cent y-o-y to Rs19,90,172 crore.
“Credit growth is still largely coming from retail. But we have a fairly robust pipeline as far as corporate loan demand is concerned,” said Kumar.
Deposits increased by 5.58 per cent y-o-y to Rs27,47,813 crore.
Kumar said 91 per cent of the corporate slippages came from within the watchlist. Slippages from agriculture and small and medium enterprise portfolios contributed nearly 63 percent of the total watchlist, he added.
While the bank didn’t flag off any concerns about its SME book, Kumar said they were being impacted by loan waivers announced in Maharashtra and Karnataka. “We have to live with certain level of agri-NPAs.” Agri-NPAs can continue to be a pain point for the bank, Kumar said.
Advances rose 4 per cent to Rs18.75 lakh crore, led by a 14 per cent increase in domestic retail advances. The management attributed this to organic growth. Advances to the corporate segment grew 5.1 per cent year-on-year.
Slower growth in overall advances is attributed to buyers’ credit impact of Rs45,000 crore. Deposits increased 5.6 per cent from last year to Rs27.5 lakh crore. Current and savings account deposit ratio stood at 45.07 per cent.
The bank has identified nine offices for closure in this financial year.
MORE REPORTS