SBI cuts rates on savings accounts below Rs1 cr to 3.5%

State Bank of India (SBI), the country's largest lender, has cut interest rate on savings accounts of up to Rs1 crore to 3.5 per cent per annum from 4 per cent with effect from 31 July 2017. 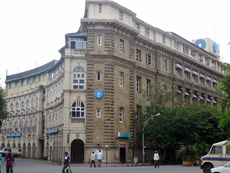 The state-run bank will, however, retain rates for savings accounts of over Rs1 crore at 4 per cent per annum.

SBI now becomes the first bank to reduce deposit rates as well after the Reserve bank of India deregulated savings account rates in 2011, giving banks to decide their own costs of funds.

SBI had earlier announced a reduction in its marginal cost of lending rate (MCLR) by 90 basis points to 8 percent effective 1 January 2017.

SBI saw huge inflows into its savings and current account deposits in the wake of the 8 November 2016 demonetisation of high-value currencies.

SBI expects the move to help it maintain MCLR at existing rates.

"The revision in savings bank rate would enable us to maintain the MCLR at the existing rates, benefitting a large segment of retail borrowers in SME, agriculture and affordable housing segments. We encourage people to move to fixed deposit rate as we expect less volatility and better facilitation due to our strong reach, distribution and franchise network. Reduction in rates was also important as it was difficult to maintain MCLR at the current levels," SBI national banking group managing director Rajnish Kumar said.