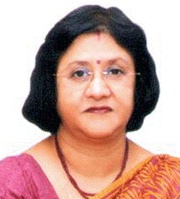 The government on Thursday said the State Bank of India (SBI) will start merging its five associate banks with itself, from 1 April, which will be the record date for the merger of the five subsidiaries.

State Bank of Bikaner and Jaipur, an associate of State Bank of India, said on Wednesday that it will be completely acquired by its parent with the start of the next financial year 2017-18, becoming possibly the first of the five units to amalgamate with the giant.

After the merger, SBI is set to be among the top 50 large banks in the world. SBI was ranked 52 in the world in terms of assets in 2015, according to Bloomberg.

Earlier this month, the Union Cabinet had approved the merger of State Bank of India and its five associate banks, paving way for bolstering the business operations of the state-run lending behemoth. The merger of SBI with its associates will lead to operational efficiency within banks and will lead to reduced cost of funds, finance minister Arun Jaitley said at a press briefing. ''SBI will become a global player post associate bank merger,'' he said.

Since the shares of SBP and SBH are not listed on the stock exchanges, the notification said the entire share capital of the two banks would, without any further act, deed or instrument, stand cancelled and its share certificates representing such shares would also be deemed to be automatically extinguished.

In case of the other three associate banks, the notification states that the shares would be delisted on 1 April. The shares would be converted to those of SBI, according to the swap ratio approved by the bank's board and the government.

The boards of these five banks stand dissolved and the whole-time directors, including the managing directors, will cease to hold office.

As far as employees are concerned, their present wages will be protected. They will be offered a wage package relevant to SBI employees of the various grades.

In any case, they will be given a choice to either accept that or retain the package they currently have.

The whole process of merging SBI and its subsidiaries has faced resistance from employee unions fearful of job losses.

The five associate banks recorded a combined loss of Rs789 crore in the latest quarter, widening from Rs181 crore in the year-ago period.

Yet, there will be benefits from a merger as this will bring more flexibility through merger of branches and their operations, including in the running of treasury.