SBI slashes bulk deposit rates by up to 1.9%

State Bank of India on Wednesday announced 125 to 190 basis point reduction in interest rates on bulk deposits across various maturities, in a move that would lead to a low interest rate regime. 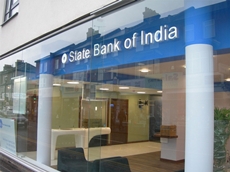 The rate cuts are highest for deposits with a maturity of 180 to 210 days, which will now attract an interest rate of 3.85 per cent, 1.90 percent lower compared to the earlier rate of 5.75 per cent.

The rate cuts are the lowest for deposits with a maturity period between 7 and 45 days where the return has been slashed by 125 bps to 3.75 per cent from 5 per cent.

Interest rates on deposits maturing between 211 days and one year has been reduced to 4 per cent from 5.75 per cent.

For deposits of one to three years the rates have been lowered by 175 bps to 4.25 per cent from 6 per cent.

The new rates are applicable on deposits ranging between Rs1 crore and Rs10 crore and are are effective from Thursday (24 November), SBI stated in a website release.

The new rates on bulk deposits are lower than rates on savings accounts, which are set at a  minimum of 4 per cent, although this may also change as banks' deposits bulge.

Banks across the country are reported to have received about Rs5,40,000 crore as deposits between 9 and 18 November, with SBI alone accounting for Rs1,50,000 crore of this, RBI data show.

While RBI is yet to release data on deposit flows past 18 November, banks have already parked over Rs4,00,000 crore with the central bank in excess liquidity, which shows that the figure could be much higher than the Rs5,40,000 crore.

More banks are expected to follow SBI's move by lowering their deposit rates.

A rise in deposits following the demonetization of high-value notes has helped banks to lower lending rate base as their cost of funds have come down.

A lowering of deposit rates would further bring down the cost of funds and thereby the marginal cost of funds-based lending rates.

In the new system of marginal cost-based lending rates (MCLR), banks have to immediately take into account the lower cost, which will result in a decline in lending rates and improved transmission.