State Bank of India (SBI), India's largest state-owned lender, and the holder of the largest block of non-performing assets among all Indian banks, has got cracking on a framework for amalgamation of its five subsidiaries, say reports. 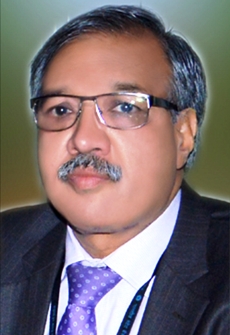 The bank is reported to have set up a team to prepare a framework for amalgamation of five associate banks with itself despite political and employee opposition to the proposed move. The government is also yet to give a go-ahead for the merger.

"A team of 15-20 members has been set up and it has started working on the framework for the merger. The team is headed by a general manager and there are a few deputy general managers," reports quoting source at the bank said.

V G Kannan, SBI's managing director, is reported to be heading the team formed under the supervision of associate and subsidiaries department.

"If everything works fine, in 3-4 months the process is likely to begin," the report quoted sources as saying.

"The idea is to merge all the five associate banks at the same time. They are on the same technology platform, which SBI has... It will not be a difficult process," the source added.

The bank is less enthusiastic about merger of the sixth bank, Bharatiya Mahila Bank, at this juncture as it in an entirely different stage and has a different business format.

SBI had, last month, submitted a proposal to the government for merging its five subsidiaries and the first women-oriented lender, Bhartiya Mahila Bank, with itself. Recently, finance minister Arun Jaitley had also said the centre was evaluating the merger proposal and will soon respond.

"This merger discussion is purely exploratory at this stage and is not certain. A proposal seeking an in-principle approval to start negotiations with associate banks will be submitted to the government," SBI had said in a statement issued after its board meeting last month.

"We are looking at SBI (proposal) at the moment. It is with the government and (it) will respond. The government's policy, by and large, supports consolidation. I have indicated that in the budget itself," the finance minister had said after a meeting with the heads of public sector banks and financial institutions held last week.

When asked how soon the government nod will be given to the proposal, Jaitley had said: "We are expecting (approval) shortly."

Employee unions of SBI associate banks had termed the board's decision as arrogant and had gone on a nation-wide strike on 20 May and are again slated to strike work on 28 June and 29 July to protest the proposed merger.

In Telengana, CPI general secretary S Sudhakar Reddy had called upon the Telangana assembly to a resolution opposing the amalgamation, stating that Telangana would lose revenue if State Bank of Hyderabad is merged with SBI.

And in Kerala, the newly inducted CPI(M)-led LDF government had on 9 June, issued a statement opposing the merger of State Bank of Travancore with SBI, becoming the first state government to lodge a protest.

"People of the state consider SBT as a bank of Kerala and the government also has the same view. We want SBT to remain as it is," chief minister Pinarayi Vijayan had told reporters.

SBI alone has close to 16,500 branches, including 198 foreign offices spread across 36 countries.