After setting a home loans benchmark in February by announcing just 8 per cent interest for the first year, State Bank of India is sweetening its offer further by launching two new home loan schemes to mark its 'foundation day' today. Apart from easier interest rates, the schemes will also waive processing fees till 30 September. 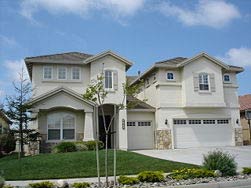 The second scheme, the SBI 'advantage home loan', is for loans above Rs30 lakh. Here, the interest rate charged on daily reducing balances will be fixed at 8 per cent for the first year and 9.5 per cent for the second and the third years. Again from the fourth year, the customer can choose between a floating rate at 1 per cent below SBI's advance rate and a fixed rate of 0.5 per cent below the advance rate with a five year reset.

The two schemes envisage a 10 per cent rate cap – but the caveat is that it will work only if the benchmark rates do not rise. Currently, though, this should not be a cause of concern, as rates are falling steadily.

Moreover, the new schemes have been unveiled less than a week before the union budget, which is expected to give more sops for home loans, including tax concessions on home loan interest payments.

Within a few hours of SBI's announcement, LIC Housing Finance, the country's second-largest mortgage company after Housing Development and Finance Corporation (HDFC) said it was reducing the interest rate on floating rate loans for existing customers by 50 basis points.

HDFC has not announced a counter-strategy yet, saying said it would lower lending rates if the cost of funds went down. HDFC claimed that its effective rate was lower than what SBI was offering.