Reserve Bank of India (RBI) will reduce the statutory liquidity ratio (SLR) prescribed for banks from the current level of 19.5 per cent of its total deposits to 18 per cent through a calibrated process, meeting in part the finance ministry’s demand for a more liberal monetary policy. 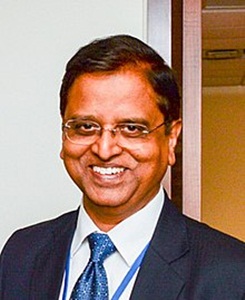 SLR is the portion of deposits that banks are required to park in treasury bills and other instruments. RBI has proposed to reduce this by 0.25 percentage points, bringing SLR to 19.25 per cent. The 0.25 percentage point reduction will be followed through subsequent quarters beginning January-March.
While the RBI move falls short of government’s expectations, the finance ministry welcomed the Monetary Policy Committee’s stance. Secretary, Department of Economic Affairs, Subhash Chandra Garg in a Statement said the assessment of the MPC for growth and inflation outlook is consistent with the government’s assessment of inflation and growth.
While welcoming the assessment of the MPC, Garg said the government also noted RBI decision to maintain the policy rate, adding that the policy stance probably required calibration.
Garg also said that the RBI’s decision to reduce SLR from existing 19.5 per cent to 18 per cent in six quarterly instalments beginning January 2019 will have some implications for the government securities.
However, the momentum created by the reduction in oil prices and reversal of foreign flows has resulted in further moderation of yields post policy announcement, he added.
This reduction in SLR holding is likely to free over Rs1,00,000 crore of funds in the next one and half year into the banking system, but its impact on the level of government securities is yet to be assessed.
In the ‘Statement on Developmental and Regulatory Policies’ post announcing its fifth bi-monthly monetary policy review, the RBI said it will reduce the SLR by 25 basis points (0.25 per cent) every calendar quarter until the SLR reaches 18 per cent of the net demand and time liabilities (NDTL) as part of aligning it with the liquidity coverage ratio (LCR).
The first reduction of 25 basis points will take effect in the quarter commencing January 2019, the RBI said.
Bonds have rallied on the back of announcement that open market operations will continue.
The RBI has kept the key repo rate — at which it lends to banks —unchanged at 6.50 per cent. It also cut the retail inflation projection to range between 2.7-3.2 per cent during October-March or the second half of the current financial year.
RBI also kept its GDP growth projection for 2018-19 at 7.4 per cent as in the fourth bi-monthly resolution in October 2018. The projections of inflation for 2018-19 and Q1:2019-20 have been substantially revised downwards from the October resolution.
MORE REPORTS