The 19th annual meeting of the Financial Stability and Development Council (FSIDC) on Tuesday steered clear of the RBI-finance ministry tussle over regulatory domain and instead dwelled on the issues of liquidity and NBFC woes. 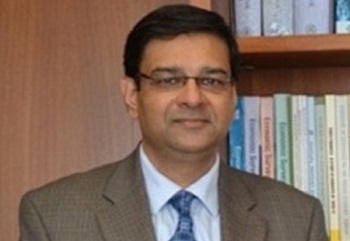 In fact, finance minister Arun Jaitley and RBI governor Urjit Patel only met in the meeting and there was no one-to-one meeting after the recent public spat between North Block and Mint Street.
Interestingly, the RBI governor was accompanied by all four deputy governors of the RBI. However, neither Patel nor any of his four deputies, including the outspoken Viral Acharya, responded to questions on the controversy that erupted following Acharya’s 26 October speech on preserving the RBI’s autonomy.
The government, obviously, is not happy with Acharya’s speech. The RBI has been pushing for more powers to clean up the banking system, which is saddled with bad debts. In his speech, Acharya defended the central bank’s independence, saying its autonomy would be strengthened by having regulatory control over state-run banks.
Meanwhile, sources made it clear that both Patel and Acharya will continue to hold their posts. Patel was appointed in 2016 for a three-year tenure, which could be extended by two years. Acharya was appointed on January 20, 2017 for three years.
Patel is reported to have told the meeting that the liquidity problem of NBFCs is not as severe as is being projected and that the RBI would ensure adequate liquidity. He, however, said that some sectors might be facing problems. The government, on its part, asked the RBI to prevent the spreading of contagion from the troubled IL&FS to other sectors of the economy, sources added.
It may be noted that the government had issued “several” letters to the Reserve Bank of India initiating consultations under Section 7 of the RBI Act.
A BloombergQuint report quoting sources said, the government has among other issues, initiated consultations on the prompt corrective action framework for weak banks.
The letters were issued at least a month before deputy governor Viral Acharaya blurted out against the finance ministry encroaching on RBI turf.
Section 7 of the RBI Act gives the government broad powers to give directions to the RBI in public interest.
As per the section, “The Central government may from time to time give such directions to the Bank as it may, after consultation with the Governor of the Bank, consider necessary in the public interest.”
However, this provision has never been used by any government in the past.
MORE REPORTS