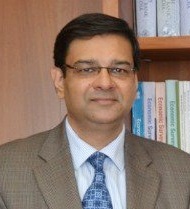 The Reserve Bank of India (RBI) on Wednesday left its policy rates unchanged belying expectations that the central bank would be forced to cut lending rates amidst mounting liquidity with banks as customers return 86 per cent of the money in circulation in the form of demonetised Rs500 and Rs1,000 notes

The Monetary Policy Committee (MPC) attached to the RBI at its second meeting ended on Wednesday decided to keep the policy repo rate under the liquidity adjustment facility (LAF) unchanged at 6.25 per cent.

Consequently, the reverse repo rate under the LAF remains unchanged at 5.75 per cent, and the marginal standing facility (MSF) rate and the Bank Rate at 6.75 per cent.

The MPC said its decision is consistent with an accommodative monetary policy stance in consonance with the objective of achieving consumer price index (CPI) inflation at 5 per cent by Q4 of 2016-17 and the medium-term target of 4 per cent within a band of +/- 2 per cent, while supporting growth.

Retail inflation measured by the headline consumer price index (CPI) eased more than expected for the third consecutive month in October, driven down by a sharper than anticipated deflation in the prices of vegetables.

However, there was an upturn in the momentum as prices rose month-on-month across the board. Still elevated prices of sugar and protein-rich items, coupled with a turning up of prices of cereals, pulses and processed foods pushed up the momentum of food prices, which partly offset the moderation in food inflation brought about by a strong favourable base effect.

In the fuel category, inflation eased with the decline in LPG prices on an annual basis and a fall in electricity prices from a month ago. Inflation excluding food and fuel continues to show strong persistence.

Although housing and personal care inflation softened marginally, the steady rise in inflation in respect of education, medical and health services, and transport and communication has imparted stickiness to inflation in this category.

Liquidity conditions have undergone large shifts in Q3 so far. Surplus conditions in October and early November were overwhelmed by the impact of the withdrawal of SBNs from 9 November. Currency in circulation plunged by Rs7,40,000 crore up to 2 December.

Consequently, net of replacements, deposits surged into the banking system, leading to a massive increase in its excess reserves. The Reserve Bank scaled up its liquidity operations through variable rate reverse repo auctions of a wide range of tenors from overnight to 91 days, absorbing liquidity (net) of Rs5,200,000 crore. RBI also allowed oil bonds issued by the government as eligible securities under the LAF.

From the fortnight beginning 26 November, an incremental CRR of 100 per cent was applied on the increase in net demand and time liabilities (NDTL) between 16 September 2016 and 11 November 2016 as a temporary measure to drain excess liquidity from the system. From 28 November liquidity absorption fell back and the Reserve Bank undertook variable rate repo auctions of Rs3,300,000 crore on 28 November.

As expected, money market conditions tightened thereafter and the weighted average call rate (WACR) traded near the upper bound of the LAF corridor on that day before dropping back to the policy repo rate on 30 November. All other rates in the system firmed up in sympathy, with term premia getting restored gradually.

Liquidity management was bolstered by an increase in the limit on securities under the market stabilisation scheme (MSS) from Rs20,000 crore to Rs6,00,000 crore on 29 November. There have been two issuances of cash management bills under MSS for Rs1,40,000 crore by 6 December 2016.

The MPC noted that economic growth in terms of real gross value added (GVA) in Q2 of 2016-17 turned out to be lower than projected on account of a deeper than expected slowdown in industrial activity. Manufacturing slowed down both sequentially and on an annual basis, with weak demand conditions and the firming up of input costs dragging down the profitability of corporations.

The committee felt that the assessment or the third quarter is clouded by the still unfolding effects of the withdrawal of specified bank notes (SBNs). The steady expansion in acreage under rabi sowing across major crops compared to a year ago should build on the robust performance of agriculture in Q2.

By contrast, industrial activity remains weak. Among the core industries in the index of industrial production (IIP), the output of coal contracted in October due to subdued demand, while the production of crude oil and natural gas shrank under the binding constraint of structural impediments. Production of cement, fertilisers and electricity continued to decelerate, reflecting the sluggishness in underlying economic activity.

On the other hand, steel output has recorded sustained expansion following the application of countervailing duties. Refinery output accelerated on the back of a pick-up in exports and capacity additions. The withdrawal of SBNs could transiently interrupt some part of industrial activity in November-December due to delays in payments of wages and purchases of inputs, although a fuller assessment is awaited.

In the service sector, the outlook is mixed with construction, trade, transport, hotels and communication impacted by temporary SBN effects, while public administration, defence and other services would continue to be buoyed by the 7th Central Pay Commission (CPC) award and one rank one pension (OROP). GVA by financial services is expected to receive a short-term boost from the large inflow of low-cost deposits.

In the external sector, India's merchandise exports rebounded in September and October. The return to positive territory was supported by a pick-up in both POL and non-POL exports. After a prolonged fall for 22 months, imports rose in October on the back of a sharp rise in the volume of gold imports and higher payments for POL imports. Non-oil non-gold import growth also turned positive after a gap of seven months. For the period April-October, the merchandise trade deficit was lower by $25 billion from its level a year ago. Accordingly, the current account deficit is likely to remain muted, notwithstanding some loss of remittances and software exports under invisibles.

Net foreign direct investment has remained reasonably robust, with more than half going to manufacturing, communication and financial services. By contrast, portfolio investment outflows of the order of $7.3 billion reported in October-November from both debt and equity markets – as in peer EMEs across the board – reflecting a strong home bias triggered by the outcome of the US presidential election and the near-certainty of monetary policy tightening in the US. The level of foreign exchange reserves was $364 billion on 2 December 2016.

The MPC took note of the upturn in the prices of several items that is masked by the easing of inflation on base effects during October. Despite some supply disruptions, the abrupt compression of demand in November due to the withdrawal of SBNs could push down the prices of perishables in the reading that becomes available in December. On the other hand, prices of wheat, gram and sugar have been firming up.

While discretionary spending on goods and services in the CPI excluding food and fuel – constituting 16 per cent of the CPI basket – could have been affected by restricted access to cash, the prices of these items may weather these transitory effects as they are normally revised according to pre-set cycles.