The Reserve bank of India (RBI) has allowed holders of current account (those accounts that are operational for last three months or more) to withdraw up to Rs50,000 in a week. Such tenders will be disbursed predominantly in Rs2,000 denomination only. 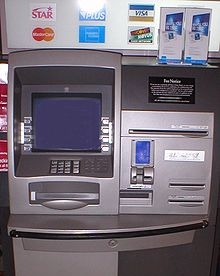 With a view to widen the existing facilities to exchange and deposit specified bank notes and withdraw cash from their accounts, RBI has advised banks to put in place the following additional measures so that member public enjoy as much convenience as possible in availing the facility.

Banks may deploy their micro ATMs (Bala Mitras, etc) near village panchayat offices, police stations/ police and military outposts, government departments, offices of public sector units, petrol pumps and other similar secure locations. As it may entail larger volume of cash requirements, banks may enhance the limits of the micro ATMs to at least Rs50,000 and allow frequent replenishment of cash to them.

Banks should, in a camp mode, open accounts for tea/coffee and other plantation workers, employees of sugar cooperatives, diary firms and such other worker groups with concentrated payment locations so that they may be better served in terms of deposit into accounts and withdrawal therefrom.

In order to cope with extra workload, RBI has advised banks to consider hiring retired employees for a short period.

Meanwhile, RBI has directed banks to ensure that the customers use separate pay-in-slips for depositing specified bank notes and other legal tender bank notes. (If a depositor has a mixed bunch of SBN and legal lender notes, he has to segregate them and submit two separate pay-in slips). Banks have to put in place, within CBS, a mechanism to maintain a record of receipts of SBNs customer-wise and denomination wise whether for exchange or for deposit by way of a flag to facilitate subsequent verification.

Economic affairs secretary Shaktikanta Das, meanwhile, told reporters that the government will install new micro cash machines across the country and has asked banks to waive off transaction charges on debit and credit cards.

RBI said it is setting up a task force under deputy governor SS Mundra to oversee the recalibration of ATM machines after the country introduced new banknotes to replace old Rs500 and Rs1,000 notes.

The task force will comprise officials from the finance ministry, banks, and the central bank, as well as a representative from the Ministry of Home Affairs and the National Payments Corporation of India, RBI said.

The panel will provide "direction and guidance" for recalibrating ATM machines to dispense the new notes.

Last week's surprise announcement by Prime Minister Narendra Modi making all Rs500 and Rs1,000 notes not legal tender for transactions from the night of 8 November, in a bid to crack down on corruption, fake currency and ill-gotten wealth put a heavy burden on banks and the financial system