The Reserve Bank of India (RBI) has revised priority sector lending norms to ensure a phased increase in loans to small farmers, and also made it clear that smaller foreign banks that have less than 20 branches in the country should also achieve lending targets to agriculture, small and medium sized firms and housing projects by 2019-20. 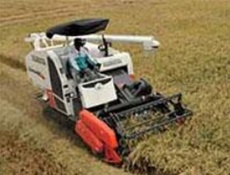 The new guidelines, issued a day after the suicide of a farmer at a rally in Delhi, prescribes that banks should achieve the target of 8 per cent of total credit to small and marginal farmers by March 2017.

The RBI also said overdrafts of up to Rs5,000 being extended by banks under the PM's new financial inclusion drive will also be treated as priority sector lending, subject a cap on annual household income - which is Rs1 lakh for rural and Rs1.60 lakh for non-rural households.

While major foreign banks are already covered by the priority sector lending norms, smaller foreign banks too will have to meet the 40 per cent target over the next five years, RBI said.

The new guidelines bring medium enterprises, social infrastructure and renewable energy under the priority sector category for lending by banks.

Also, it does away with the distinction between direct and indirect agriculture, so as to benefit sharecroppers and contract farmers.

There is no change in the target of 10 per cent of ANBC or credit equivalent amount of off-balance sheet exposure for weaker sections.

Medium enterprises, social infrastructure and renewable energy are new sectors, which aim at uplifting the weaker sections of the economy by increasing formal credit to them will qualify under the mandatory priority sector norms, the RBI said in its circular.

Banks are asked to lend 40 per cent of their credit to such sections, failing which money gets deposited into a low-yielding fund for rural development.

Foreign banks with 20 branches and above already have priority sector targets and sub-targets for agriculture and weaker sections, which are to be achieved by 31 March 2018 as per the action plans submitted by them and approved by RBI. The sub-targets for small and marginal farmers and micro enterprises would be made applicable post 2018 after a review in 2017.

Foreign banks with less than 20 branches will move to total priority sector target of 40 per cent of ANBC or credit equivalent amount of off-balance sheet exposure on par with other banks by 2019-20, and the sub-targets for these banks, if to be made applicable post 2020, would be decided in due course, RBI said.