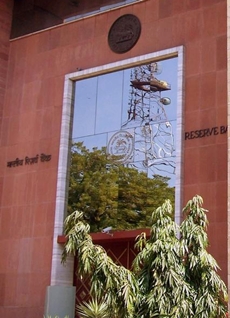 Under the guidelines issued today, all private and public sector entities and groups, including non-banking financial companies, are eligible for a banking licence, provided they set up a wholly-owned non-operative financial holding company (NOFHC) for operating the banking company.

The guidelines issued by the RBI today fixed the initial minimum paid-up voting equity capital for a new bank at Rs500 crore.

RBI also set a 49 per cent limit for foreign holding in a new private bank for the first 5 years, after which it will be as per the extant policy.

To be eligible for a banking licence, these entities/ groups, however, should have sound credentials and integrity. They should also be financially sound with a successful track record of 10 years.

For this purpose, RBI may seek feedback from other regulators and enforcement and investigative agencies.

The NOFHC should be wholly owned by the promoter / promoter group and the holding company would exclusively hold the bank as well as all other financial services entities of the group.

The NOFHC would initially hold a minimum of 40 per cent of the paid-up voting equity capital with a lock-in period of five years. This would be brought down to 15 per cent within 12 years.

The bank should get its shares listed on the stock exchanges within three years of the commencement of business.

All such banks will be governed by the provisions of the relevant Acts, statutes and directives, prudential regulations and other guidelines/instructions issued by the RBI and other regulators.

The NOFHC should be registered as a non-banking finance company (NBFC) with the RBI and will be governed by a separate set of directions issued by the central bank.

Under the draft guidelines, at least 50 per cent of the directors of the NOFHC should be independent directors. The corporate structure should not in any way impede effective supervision of the bank and the NOFHC on a consolidated basis by RBI.

The prudential norms will be applied to NOFHC, both on stand-alone as well as on a consolidated basis, and the norms would be on similar lines as that of the bank.

The business plan should be realistic and viable and should address how the bank proposes to achieve financial inclusion.

Banks promoted by groups having 40 per cent or more assets/income from non-financial business will require RBI's prior approval for raising paid-up voting equity capital beyond Rs1,000 crore for every block of Rs500 crore.

Non-compliance of terms and conditions will attract penal measures, including cancellation of licence of the bank.

Existing NBFCs, if considered eligible, may be permitted to promote a new bank or convert themselves into banks.

The committee will submit its recommendations to the RBI after which RBI will decide on issuing an in-principle approval for setting up of a bank.

The validity of the in-principle approval will be one year.