PNB could become a defaulter in 5 days, courtesy Nirav Modi

Tainted by an overdose of loans to diamond trader Nirav Modi could end up a defaulter if it failed to repay Union Bank of India Rs1,000 crore by the end of this month. 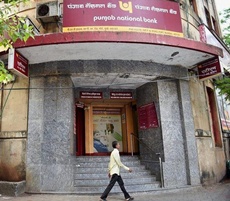 The Rs12,700-crore fraud committed by diamantaire Nirav Modi and his associates could, for the first time, get PNB listed as a defaulter in India as the bank owes Rs1,000 crore to another state-run bank, Union Bank of India (UBI), if it fails to pay the amount within five days, that is by 31 March.
Alternatively, if PNB fails to pay up, the Rs1,000 crore lent to Nirav Modi on PNB’s letter of understanding (LoU) could become non-performing assets (NPAs) on UBI’s books of accounts.
PNB had issued Nirav Modi LoUs worth almost Rs12,700 crore ($2 billion).
An LoU is generally used as a guarantee by businesses to get loans from lenders abroad. This instrument is meant to help debtors abroad as banks might not otherwise be willing to lend them.
Nirav Modi and others allegedly misused this instrument by illegally obtaining multiple LoUs from PNB and furnishing them to overseas branches of Indian banks to get loans. Apart from UBI, Axis Bank has an exposure of Rs2,000-3,000 crore, Allahabad Bank has Rs4,000 crore and SBI Rs1,300 crore.
PNB is reported to have issued more than 20 LoUs every day in the last 7 years
News agency IANS quoted central government sources as saying that the state-owned PNB has issued 41,178 LoUs since 2011.
"PNB has apprised that 7,672 LoUs were issued with validity of 90 days, 20,078 LoUs were issued with validity of 180 days, 11,224 LoUs were issued with validity of 365 days, and 2,204 LoUs were issued with validity of more than 365 days," finance minister Arun Jaitley informed the Rajya Sabha on 20 March.
MORE REPORTS