Former ICICI Bank chief Chanda Kochhar said she was “disappointed, hurt and shocked” by the decision of the bank on Wednesday to treat her resignation as “termination for cause.” 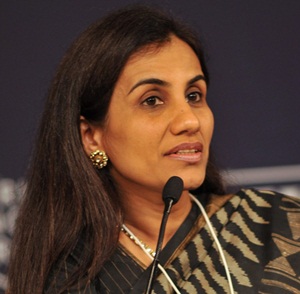 The bank claimed that Kochhar had violated the ICICI Bank Code of Conduct, its framework for dealing with conflict of interest and fiduciary duties, and in terms of applicable Indian laws, rules and regulations.
The bank had received the enquiry report from retired justice BN Srikrishna, who was the head of enquiry undertaking a comprehensive probe on allegations against Kochhar.
The report “concluded that her lack of diligence with respect to annual disclosures as required by the Bank in terms of its internal policies, the ICICI Bank Code of Conduct and applicable Indian laws, rules and regulations on her interests (direct or indirect) towards avoidance of conflict of interest, when considered that the Bank’s processes were dependent solely on the directors discharging their fiduciary duty to recuse themselves and avoid conflict, implies that the Bank’s processes were rendered ineffective by her approach to such disclosures and avoidance of conflict,” said the statement.
But Kochhar, who was on leave from June and finally resigned in October, said she was “utterly disappointed, hurt and shocked by the decision.”
According to her none of the credit decisions at the bank are unilateral and there are processes and systems involving committee-based collective decision-making.
“The organisational design and the structure obviate the possibility of conflict of interest,’ she claimed.
Kochhar, 56, quit as CEO and managing director of the bank in October after allegations that she favoured the Videocon Group while lending funds.
The Central Bureau of Investigation has named her, husband Deepak and industrialist VN Dhoot of Videocon, besides credit committee members of the bank including those heading other financial institutions in its FIR.
ICICI Bank had extended Rs3,250 crore to the Videocon group in 2011. But the loan turned sour and was not repaid by the group.
MORE REPORTS