M K sharma,  chairman of ICICI Bank, India's second largest private sector lender has come out in full support of its chief executive Chanda Kochhar, saying the she had no role in the grant of loans to debt-laden Videocon and that the loan was approved by bank board's credit committee. 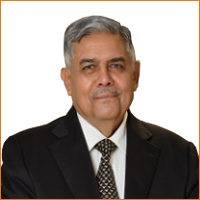 Sharma said large loans are approved by board's credit committee and Kochhar was not head of the committee.
"Terms and conditions of the loan were similar to those offered by other banks in the consortium which constitute 90 per cent of the consortium. The loan was disbursed to an escrow pool account and not directly to Videocon group. The board concluded there was no question or scope for any favouritism, nepotism or quid pro quo on the part of Kochhar. No individual employee has the ability to influence credit given by the bank," he said.
Sharma said Kochhar was not the chairperson of the committee that sanctioned the loan to the Videocon Group, adding that the bank did not see any conflict of interest and that Kochhar has been making all her disclosures to the company under the required law.
On regulatory intervention in the case, Sharma said the bank had satisfactorily replied to all the questions of the regulators and that it is an ongoing process. "However, it's a privileged communication so the company cannot share specific details about queries by the regulator," he added.
Kochhar has been making all disclosures in accordance with regulations.
Sharma also pointed out that ICICI Bank was not the lead bank for the consortium and that it okayed approximately Rs3,250 crore based on Credit Committee approval of which Kochhar was not a part.
ICICI Bank’s share of the banking sector’s exposure to Videocon group, according to Sharma, was less than 10 per cent.
The ICICI Bank chairman went to press following allegations made by a shareholder in a letter to the prime minister and a blog post two years ago that speculated about a quid pro quo with regard to loans given to Videocon and allegations that Dhoot incorporated a 50:50 joint venture with Deepak Kochhar, the husband of the bank’s CEO, in December 2008, called NuPower Renewables.
ICICI Bank shareholder Arvind Gupta, on 15 March 2016, wrote a letter to PM Modi alleging that the bank extended loans to the debt-laden Videocon Group despite its track record, mainly due to business relations between the Dhoots and Deepak Kochhar.
It was alleged that relatives of Chanda Kochhar - Mahesh Advani and Neelam Advani - became the owners of NuPower Renewables through dubious transactions and the original founders of the company were the Dhoot family. The company ownership was transferred as a quid pro quo for loans, Gupta said.
The bank's board has thrown its weight behind Kochhar, squelching speculation about nepotism and corruption over loans to Videocon.
“The board has full confidence and reposes full faith in the bank’s MD & CEO Chanda Kochhar,” it said in a release. “On looking at all the above facts, the board has come to the conclusion that there is no question of any quid pro quo/nepotism/conflict of interest as is being alleged in various rumours.”
The loans were among those given by a consortium of about 20 lenders, the bank said. “The board desires to clarify that none of the investors of NuPower Renewables are borrowers of ICICI Bank,” it said.
Meanwhile, former Sebi ED JN Gupta pointed out that it was highly unlikely that people from the Videocon Group were sitting on Supreme Energy's board without Venugopal Dhoot owning it.
Gupta said he had information dated 2011 that shows that Supreme Energy had two directors, both of whom were part of Videocon Group. The paid up capital of the company was Rs1 lakh and the share application money pending allotment was Rs64 crore, he says, adding that later information shows that this Rs64 crore amount was later converted into debentures.
Videocon CEO Venugopal Dhoot, meanwhile, told CNBC TV18 that he held shares of Supreme Energy only for a couple of days and they were worth only a few thousand rupees.
Videocon, he said, has not invested any money in Supreme Energy and that he was not involved with Supreme Energy in any capacity. He also said that no regulator had asked him any questions about this matter because they have nothing on record against him to ask him questions about.
MORE REPORTS