German banking major Deutsche Bank is shedding 35,000 jobs, which will include outright reduction of 15,000 jobs and offloading assets with some 20,000 staff, in a major overhaul aimed at improving performance and profitability of the bank. 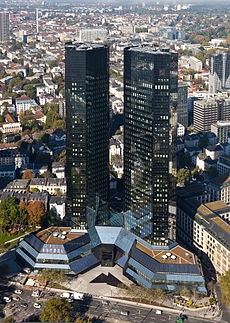 Under the new chief executive John Cryan's revamp plan, Germany's biggest bank will forego its 2015 and 2016 dividends to bolster finances and retain money to clean up its books.

Since the group has reported a loss in 2015, the bank's supervisory board will also discuss if it will be appropriate for the board to pay bonuses.

Faced with costly litigation from past scandals and fallout from a market rout in Asia pushing its valuation well below rivals, Deutsche Bank is under pressure to overhaul operations.

"Deutsche Bank does not have a strategy problem. We know exactly where we want to go. But we have had a grave problem in implementing it," Cryan said, addressing reporters in German.

Cryan said staff will feel the pain. "I have said that it would not be all sweetness and light," he said, adding it would be unacceptable not to share some of the cost of the settlement of interest-rate rigging and consequences of poor past behaviour.

Co-CEO Juergen Fitschen acknowledged the bank has not yet done enough in changing its behavioural culture. "Cultural change ... it needs to be filled with content. What we have brought about is only the beginning," Fitschen said.

The lender is to axe 9,000 full-time jobs and 6,000 external contractor positions. Three quarters of the other 20,000 jobs to go are at retail unit Postbank, which Deutsche Bank is spinning off.

"We were concerned that our shareholders thought cost-cut goals were not ambitious enough. We think they are realistic based on the need to remain competitive," Cryan said.

"We think we should retain capital in order to strengthen the company. Because we have to run business on the basis that we could encounter stress. We need to build a buffer above the minimum."

"The plan is based on the elimination of the Deutsche Bank common share dividend for the fiscal years 2015 and 2016," it said in a statement, adding it aimed to resume paying dividends thereafter.

Deutsche Bank, meanwhile, saw a 20 per cent increase in revenue in its bond trading business in the third quarter, helping it to reduce the impact of a record 6 billion euro group pretax loss.

Revenue at its corporate banking and securities business rose 2 per cent to 3.2 billion euros, helped by higher revenue in rates, credit and distressed and emerging markets.