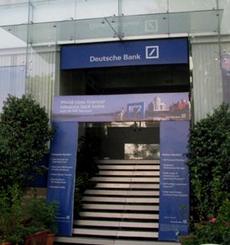 Germany`s largest bank becomes the first major bank to exit the once lucrative commodities sector due to tighter regulations and diminishing profits, according to a Reuters report.

Deutsche Bank, which used to be one of the top five financial players in commodities, said in a statement that it would cease trading in energy, agriculture, base metals, coal and iron ore, retaining only precious metals and a limited number of financial derivatives trades.

The job-cuts are expected to largely fall on its main commodity desks in London and New York.

The move comes as the financial sector's role in commodity trading has been squeezed by reducing margins, higher capital requirements and growing political and regulatory scrutiny of the role of banks in the natural resources supply chain.

"The decision to refocus our commodities business is based on our identification of more attractive ways to deploy our capital and balance sheet resources," Colin Fan, co-head of corporate banking and securities at Deutsche Bank, said in a statement.

"This move responds to industry-wide regulatory change and will also reduce the complexity of our business."