The Anti Corruption Bureau (ACB) in J&K is reported to have seized several documents from sacked J&K Bank chief Parvez Ahmad Nengroo pertaining to financial irregularities, including sanctioning of illicit loans and bogus deals as well as illegal appointments, which were made allegedly on recommendations of politicians. 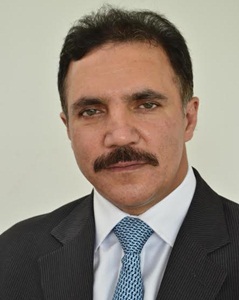 Parvez Ahmad Nengroo, chairperson of J&k Bank, who was sacked on Saturday, is alleged to have sanctioned loans worth hundreds of crores without following standard operating procedure, to clients recommended by former minister in the PDP government Imran Aftab Ansari and People’s Conference chief Sajjad Lone, investigating agencies have found.
Jammu and Kashmir Governor Satya Pal Malik on Saturday removed Ahmed from the post of chairman and managing director. The anti-corruption bureau also raided the bank’s headquarters.
According to a report in the Times of India, the ACB is probing how Shamsuddin Andrabi, the Class 12 pass brother of ex-PDP minister Farooq Andrabi and former CM Mehbooba Mufti’s uncle, was appointed directly as manager. Andrabi is currently posted in the bank’s Bhaderwah branch, which is also under the investigation of ACB. Mehbooba on Sunday said the manner in which Nengroo was sacked was “quite disconcerting” and “disgraceful”.
During its probe, the ACB seized around 300 files pertaining to illegal/fraudulent appointments in the bank by the sacked chief Nengroo during PDP rule, the ToI report said.
The probe found that several family members of Nengroo were illegally appointed some of who now occupy key positions in the bank. These appointments are under the lens of the probing agency. The ACB is probing how two J&K Bank branches — in Karin (Shopian) and Wuyan (Pulwama) — are operating from Nengroo’s personal premises and those of his in-laws. Both locations are highly unsuitable, the ToI report cited sources in the agencies as saying.
ACB sleuths are investigating how Nengroo, whose registered date of birth as per his service and school records is 21 April  1963, passed the matriculation exam at the age of 14 years in November 1977. With him at the helm, renovation of hundreds of bank branches were allotted to select individuals for Rs50 lakh to Rs1.5 crore a branch. The actual cost was found to be only 30 per cent of the money paid. Overdrafts of hefty amounts were allegedly released to defaulters who had run up debts with other banks. Many such accounts turned NPAs. Also, onetime settlements were done with select defaulters, allegedly against huge kickbacks, the ToI report said.
The report claimed that J&K Bank spent Rs8 crore under CSR on beautification of Royal Spring Golf Course, which is a rendezvous of the elite and has no utility for common people. There were purportedly huge variations in cost-income ratio as expenditure during Nengroo’s time spiralled. Paid advertisements worth Rs10-30 lakh were released to Kashmir Life to highlight the state budget, which officials now allege nobody saw.
Parvez Ahmed, who was removed as the chairman of the J&K Bank, was allegedly involved in corruption, nepotism and favouritism, and the action against him was an effort to combat such activities and bring mighty people with “dubious credentials” before law, officials said on Sunday.
The Anti Corruption Bureau (ACB) was established a few months ago in Jammu and Kashmir, currently under the President’s rule, following persistence of the ministry of home affairs to improve governance, clamp down on terror-funding and money laundering.
The action against the J&K Bank chairman and investigation into alleged backdoor appointments, “irregularities, loot and plunder” is intended to cleanse the system, a government official said requesting anonymity.
The ToI report citing sources said Nengroo’s rise was meteoric, from a chartered accountant to J&K Bank CMD in a span of 15 years. He got his nephew Muzaffar, considered his key pointman, posted in his office immediately after taking over as chairman. Nengroo’s daughter-in-law Shazia Ambreen was appointed as a probationary officer and is currently heading the Hazratbal branch.
The Jammu and Kashmir government holds 59 per cent stake in the J&K Bank.
After his removal, Ahmed in a Twitter post said he has absolutely no regret over his work and that he did his job “most diligently, honestly and in the best interest of the institution”.
“Open to scrutiny on each and every transaction I have done during my two decades of functioning in the bank,” he tweeted.
Shares of J&K Bank fell as much as 22% to an intraday low of Rs 47.55 on the BSE on Monday. As of 10:55 am, it was down 14 per cent at Rs51.05 apiece.
MORE REPORTS