With the next general elections round the corner and the newly-elected governments in the northern states declaring farm loan waivers as reward to the electorate, Prime Minister Narendra Modi is also considering a vote bank approach by partly or fully writing off agricultural loans. 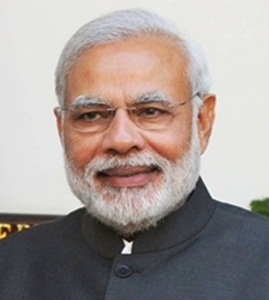 Reports quoting sources said PM Modi is weighing three options for a relief package to help farmers out of the loan muddle, which would cost the exchequer as much as Rs3,00,000 crore.
The options involve a direct payment to all landowning farmers, compensation for those who sold produce below government prices, and a loan-waiver programme.
The first and the most favoured option is to directly pay landowning farmers Rs 1,700 to Rs2,000 per acre, costing up to Rs1,00,000 crore, reports quoting unidentified sources said, adding that such a scheme would help support farmers with money before next sowing season.
The second option would be to compensate farmers for the difference they received by selling their produce in the market compared with the government mandated prices. That would cost the government about Rs50,000 crore, reports said, adding that this won’t help all farmers as all crops are not brought under the minimum support prices.
The most expensive option - at a cost of as much as Rs3,00,000 crore - and the least favoured inside the government, would involve writing off farm loans by up to Rs1,00,000 per person - a policy that is being pushed hard by the opposition Congress party.
It is a real challenge for Modi and his Bhartiya Janata Party (BJP) to win back support of as many as 263 million farmers and millions of those who are dependent on agriculture after it lost to Congress-led opposition in three big heartland states.
With elections to the Lok Sabha as close as May next year the national Democratic Alliance government at the centre is keen to find a way to get money to farmers as quickly and simply as possible so that they can feel the benefits before the election. That could cost the government heavy and leave the economy in doldrums and leave a beaten economy for the next government.
This could be hell for BJP if it comes back to power and retribution if the Congress or an opposition combine manages to win the election. Fir the economy, already strained by lower-than-expected tax revenues, a loan waiver will undermine its fiscal deficit target for the year ending in March.
BJP, which won the last Parliament election in 2014 largely through rural support, is currently facing increasing farmers’ anger against the government that has failed to make farm economy neither profitable nor worth the costs.
Modi has tried to get the market to play a bigger role in setting prices and sought to reduce government intervention, but an economy that is built on free bees cannot overnight change itself to a market economy. The problem is that the government has failed to make the right market infrastructure that would take care of increased crop production. This combined with lower than expected exports have combined to drive prices down at a time when some farm costs have been surging.
Last week, PM Modi held a series of meetings with finance minister Arun Jaitley, agriculture minister Radha Mohan Singh and officials from the government think tank NITI Aayog to weigh its options for a farm relief programme.
The government is also planning to revise the existing crop insurance policy to facilitate easier settlement of claims and also give greater non-collateralised credit assess to farmers, the minister said.
MORE REPORTS