The gross non-performing asset of scheduled commercial banks could rise up to 12.2 per cent of their advances by March 2019 from 11.6 per cent in March 2018, the Reserve Bank of India (RBI) stated in its Financial Stability Report. 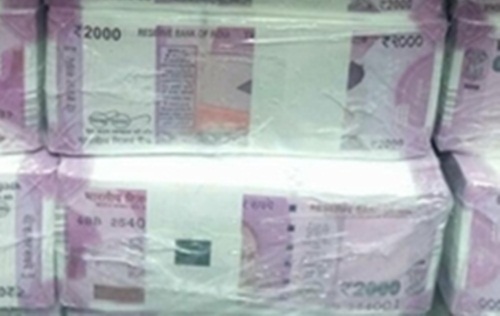 India’s banking system saw total gross NPAs rise above Rs10,00,000 crore in March 2018, after the RBI’s new stressed asset guidelines issued on 12 February, which subsumed all restructuring tools the regulator had introduced in the past.
The estimate is based on an assumption that the current economic situation will continue. In the worst case scenario, the RBI report said, the bad loan ratio could rise up to 13.3 per cent by the end of the current financial year.
This could take bad loans with the banking sector to anywhere between Rs12,20,000 crore and Rs13,30,000 crore.
The increase in bad loans is estimated to be the highest for public sector banks. In the base case, the banking regulator expects the gross NPA ratio for state-owned banks to rise to 16.3 per cent by March 2019 from 15.6 per cent in March 2018. In the worst case scenario, the bad loan ratio could go up to 17.3 per cent.
While economic growth is firming up, RBI noted that conditions that buttressed fiscal consolidation, moderation in inflation and a benign current account deficit over the last few years are changing, thereby warranting caution.
Structural shifts in the domestic financial markets are altering the pattern of credit intermediation and impacting market interest rates. These developments, while a healthy sign of diversified financing of the economy, call for greater vigilance of the system as a whole in order to safeguard financial stability, RBI said.
RBI noted a continued stress in the banking sector as gross non-performing advances (GNPA) ratio rises further.
Profitability of scheduled commercial banks declined, partly reflecting increased provisioning. While this has added pressure on SCBs’ regulatory capital ratios, the provision coverage ratio has increased.
Credit growth of SCBs picked up during 2017-18 notwithstanding sluggish deposit growth.
RBI said its macro-stress tests indicated that under the baseline scenario of current macroeconomic outlook, SCBs’ GNPA ratio may rise from 11.6 per cent in March 2018 to 12.2 per cent by March 2019.
As per RBI’s assessment, system-level capital to risk-weighted assets ratio (CRAR) of banks may come down from 13.5 per cent to 12.8 per cent during the period. Worst still, eleven public sector banks under prompt corrective action framework (PCA PSBs) may experience a worsening of their GNPA ratio from 21.0 per cent in March 2018 to 22.3 per cent, with six PCA PSBs likely experiencing capital shortfall relative to the required minimum CRAR of 9 per cent, RBI said.
The capital augmentation plan announced by the government will go a long way in addressing the potential capital shortfall, while also playing a catalytic role in credit growth at healthier banks.
In parallel, the Reserve Bank’s PCA framework, by preventing further capital erosion at weaker banks, is intended to help strengthen these banks to a point of resilience from where they can restart normal operations. In addition, governance reforms - If undertaken promptly and well - would not only improve the financial performance of the banking sector but also help reduce operational risks.
Overall, the regulatory and supervisory measures bode well for allocative efficiency and financial stability in the medium term even if there is some short-term pain in the process.
MORE REPORTS