Responding to alarm over ATMs running out of cash or not working in many states, finance minister Arun Jaitley today conceded a "temporary shortage in some areas" and said it was being "tackled quickly". 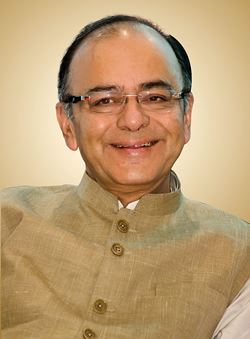 Several major states are once again facing a serious cash crunch in a problem similar to the after-effects of demonetisation in early 2017. Problems have been reported from Karnataka, Maharashtra, Andhra Pradesh, Rajasthan, Uttar Pradesh, Madhya Pradesh, Bihar, Gujarat and Telangana.
Many have tweeted about not getting cash at ATMs in Delhi too, in a reminder of long queues and non-functioning machines after demonetization in November 2016. People are once again leaving empty-handed with no cash in ATM machines.
Reserve Bank of India officials reportedly said that the problem is due to a huge demand during the sowing season and the situation would normalize in couple of days.
Jaitley said he had reviewed the currency situation and there was more than enough in circulation and in banks. "Overall there is more than adequate currency in circulation and also available with the banks. The temporary shortage caused by sudden and unusual increase in demand in some areas is being tackled quickly," he said.
Minister of State for finance Shiv Pratap Shukla had earlier given a time-frame of three days to resolve the problem. "We have cash currency of Rs1,25,000 crore now. Some states have less currency and others have more. The government has formed state-wise committees and the RBI has also formed a committee to transfer currency from one state to other," he said.
Officials of the Reserve Bank of India, who held a meeting with finance ministry officials, said cash was back in demand. "Earlier it was around Rs3,000 per withdrawal, now it is Rs5,000," an official said, according to NDTV.
People are also hoarding cash, said NDTV’s sources in the RBI. "Currency in circulation has not grown despite growth in the economy after demonetisation. Currency in circulation on 4 November 2016 was Rs17.74 lakh crore. Currency in circulation now stands at Rs18.04 lakh crore," they said.
State Bank of India chairman Rajnish Kumar said the problem is largely in Andhra Pradesh, Telangana, Karnataka and parts of North Bihar. "We will increase the circulation of 500 notes within 5 to 7 days," he said.
The SBI chief said it was wrong to call it a currency shortage. "One reason could be that the procurement season has come and the payment to farmers has gone up. In Maharashtra and Mumbai, there is no cash crunch as far as SBI is concerned," Kumar told NDTV.
In Hyderabad, many said they have been unable to withdraw cash since Monday. "We have visited several ATMs since yesterday but it is the situation everywhere," said one of the residents.
A person in Varanasi told news agency ANI, "ATM Kiosks are not dispensing cash. We have visited 5-6 ATMs since morning. We need to pay for the admission of children (to schools) and groceries."
The Congress has questioned whether the situation was the result of "gross mismanagement or a deliberate move".
"Modiji has destroyed the banking system. Nirav Modi fled with Rs30,000 crore and the PM didn't utter a word. We were forced to stand in queues as he snatched 500 and 1,000 rupee notes from our pockets and put them in Nirav Modi's pocket," party chief Rahul Gandhi quipped.
CPM general secretary Sitaram Yechury tweeted that ATMs are dry but "the only party flush with cash is the BJP".
MORE REPORTS