The Punjab National Bank scam involving a Rs11,300 crore fraud by global jeweller Nirav Modi could balloon into a much larger banking industry scam after investigating agencies extended probe to other major jewellers and banks. 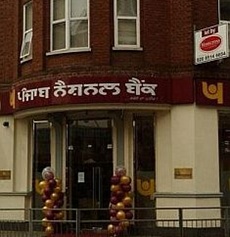 The CBI on Friday registered an FIR against Modi's uncle Mehul Choksi and his Gitanjali Group of companies based on a complaint file by PNB on Tuesday. The FIR, according to sources, named three companies owned by Choksi - Gitanjali Gems, Gili India and Nakshatra Brand.

Speaking on the sidelines of a press meet in Kochi, Rajnish Kumar revealed that SBI has over $200 million exposure to PNB connected with the LoU transactions with Modi, with $90 million transactions made through SBI's Mauritius subsidiary.

''Our exposure to PNB alone was $212 million. There has been absolutely no lapse on our part and we have followed all standard operating procedures. The onus is now on PNB and we are confident of fully recovering the amount.''

Another state-owned lender, Union Bank of India, said it has an exposure of $300 million (around Rs1,915 crore) to the Rs11,300-crore PNB fraud but said it is confident of recovering the money.

"We wish to inform you that the bank through our foreign branches has been taking exposure with Punjab National Bank (PNB) as counterparty under various Letters of Undertakings (LoU) issued through authenticated SWIFT message," Union Bank of India said in late night filing to stock exchanges.

A Reuters report, meanwhile, said the Modi fraud is only a tip of the bad loans state-run banks have accumulated over the last few years.

PNB has been defrauded to the tune of Rs11,300 crore ($1.77 billion) through fraudulent issuance of letters of undertaking (LoUs) in a scam whose actual dimensions are still not known.

The SBI chairman also refuted PNB's claim that the 30 banks involved in the transactions were also equally responsible for the scam as these banks also did not follow the right procedure.

Addressing the press meet earlier, Kumar said banking is a risky business and banks adhere to certain regulations to manage those risks. ''How you manage the risk is vital. If there is a breach of trust, banks have several areas for detection like surprise checks, regular audits, and so on.''

Rajnish Kumar was speaking after a function in connection with the opening of SBI's Global NRI centre in Kochi.

''The notion that the majority of the loans goes to the corporate sector is wrong. Of the total loan portfolio, 60 per cent is retail,'' he added.

PNB on Friday said it will honour its ''bonafide commitments'' and entire liability will be known after the investigation.

The PNB fraud pertains to issuance of fake letters of understanding (LoU) to companies associated with billionaire jeweller Nirav Modi by errant PNB employees, which enabled these companies to raise buyers credit from international branches of other Indian lenders.

PNB last week lodged an FIR with CBI after it was stuck with fraudulent LoUs worth Rs280.7 crore, which were first issued on 16 January. This prompted the bank to look into all such LoUs.

PNB, in its complaint, had named three diamond firms - Diamonds R Us, Solar Exports and Stellar Diamonds – citing requests by these firms for buyers credit for making payment to overseas suppliers.

The bank sought 100-per cent cash margins for issuing LoUs for raising buyers credit, which was contested by the firms saying they had availed of the facility from as early as 2010.

Nirav Modi, his wife Ami, brother Nishal and Mehul Choksi are partners in Diamonds R US, Solar Exports and Stellar Diamonds, which has shops in foreign locations such as Hong Kong, Dubai, and New York.