Spurred by Moody's rating upgrade and a 30-place jump in the World Bank's 'ease of doing business' index, the Narendra Modi-led government is reported to be planning to link a billion mobile phones with a billion Aadhaar-seeded bank accounts. 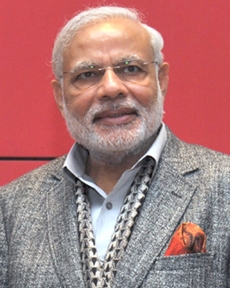 Following endorsement by international agencies of its reform initiatives, including last year's demonetisation of high-value currency, overhaul of the indirect tax structure, direct delivery of social benefits and other steps to ensure  financial inclusion, the Narendra Modi government is mulling over a plan to come up with  `billion-billion-billion' connectivity plan, says a report in The Times of India.

This is a natural corollary of the demonetisation drive and a major step in the expansion of the financial and digital mainstream.

The quantum of high value bank notes in circulation has come down to around Rs1,200,000 crore at the end of September 2017 against its value of Rs1,544,000 crore prior to demonetisation, according to official statistics.

As per RBI estimates, the rate at which specified bank notes were growing meant they would have been of the order of around Rs18,00,000 crore now. This means a effective reduction of Rs6,00,000 crore in the quantum of high-value currency.

This is an enabling factor for the government to push its digital payments initiative further.

"There is no shortage of currency of high value or other notes. This reduction eliminates the potential to store this amount as black money," said a source.

With global endorsement to measures like demonetisation, GST and Aadhaar, the Modi government is in a better position to implement policies aimed at making the economy more transparent and formalise the digital economy.