The government on Monday announced the setting up of a ministerial panel, led by finance minister Arun Jaitley, to consider and oversee mergers among the country's 21 PSU banks, in a move aimed at reviving the fortunes of state-run lenders that are weighed down by mounting bad loans. 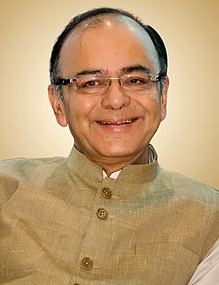 The decision follows a union cabinet decision in August to set up an Alternative Mechanism to fast-track PSU bank consolidation to create strong lenders.

Members of the panel on PSU bank consolidation include railway and coal minister Piyush Goyal and defence minister Nirmala Sitharaman, according to a PTI report.

The decision comes less than a week after the government announced a Rs211,000 crore recapitalisation plan for public sector banks weighed down by bad loans and stimulate the flow of credit to spur private investment.

While announcing the capital infusion plan, Jaitley had said the move will be accompanied by a series of banking reforms over next few months. The constitution of an Alternative Mechanism is a move in that direction.

Banking sector consolidation is aimed at building scale and bolstering their risk-taking ability. It is also likely to help banks deal better with their credit portfolio, including stressed assets.

Consolidation prevents multiple exposures to the same assets and improve banks' ability to deal with shocks, Jaitley had said in August. This, along with capital infusions will help trigger a revival, according to experts.

State-run banks have a market share of about 70 per cent and account for over 80 per cent of bad loans in the Indian banking system.

The idea of bank mergers was first suggested in 1991, when former Reserve Bank of India (RBI) governor M Narasimham recommended the government merge banks into a three-tiered structure, with three large banks with an international presence at the top.

In 2014, the P J Nayak panel suggested that the government either merge or privatise state-owned banks.

For one thing, consolidation is expected to help banks deal better with their credit portfolio, including stressed assets, with economies of scale and operational efficiency, while managing risks in a better way.

The merger is expected to create one or two more banks of the scale and size of State Bank of India, which merged operations of five of its associate banks and Bharatiya Mahila Bank with itself earlier this year.