The Banks Board Bureau (BBB) headed by former comptroller and auditor-general Vinod Rai is reported to have sought an expansion of the ambit of Oversight Committee to provide guidance under other available mechanisms. 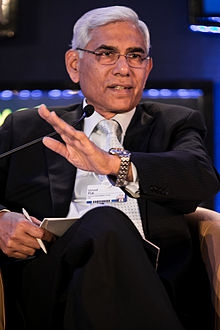 The BBB chief has written to finance minister Arun Jaitley and the Prime Minister's Office pointing to the tardy progress made by state-owned lenders in resolving the issue of non-performing assets.

Bad loans of state-owned banks rose by about Rs1,00,000 crore during April-December 2016-17, the bulk of which are accounted for by the infrastructure sector - power, steel, roads - and textiles.

In his letter addressed to principal secretary in the PMO, Nripendra Misra, the BBB chief has suggested a roadmap to get banks out of the NPA problem, official sources said.

The oversight committee was set up by the Reserve Bank of India to look into process of the cases referred to it by the different banks.

Jaitley said last week that the depending on the response and its performance, the government will consider multiplication of such committees.

BBB, which was set up as an advisory body to recommend on the appointment of directors at PSBs and on ways to raise funds and bank mergers, including acquisitions, had since expanded its role to also help banks in their capital raising plans and develop business strategies.