Savings account holders can withdraw up to Rs50,000 a week now 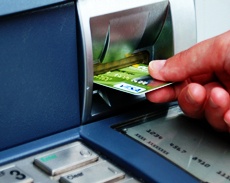 Starting today, savings accounts holders will be able to withdraw cash up to Rs50,000 per week.

While announcing an increase in daily cash withdrawal limits to Rs10,000 RBI had in a notification issued on 30 January, had raised the weekly limits on ATM withdrawals to Rs50,000 for savings bank account holders.

RBI had also proposed to do away with all curbs on cash withdrawals for savings account holders from 13 March.

On January 30, the RBI had ended all curbs on withdrawals from current accounts, cash credit accounts and overdraft accounts.

The limits were placed due to a shortage of bank notes following the 8 November demonetisation of Rs1,000 and Rs500 notes from the economy, which together constituted 85 per cent of the money in circulation then.

In January, RBI also raised the upper limit for weekly withdrawal from bank accounts to Rs24,000 from Rs20,000 in November last year.

''The limits on cash withdrawal from savings bank accounts continue to be in place. In line with the pace of remonetisation, it has now been decided to remove these limits in two stages,'' said RBI deputy governor R Gandhi.

The deputy governor said the new notes have enhanced security and design features, and are not easy to copy. ''The recent one that we have seen is the pure photocopy, so it is not real counterfeiting. So, this photocopy is easy for even a common man to identify. It will be possible for them not to be easily duped,'' he said.

With the lifting of ATM withdrawal limits from 13 March the demonetisation exercise will come full circle for the ATM machines.