The sudden spurt in deposits across the banking sector amidst sluggish growth in credit flows has forced lenders – both private and state-run – to further reduce deposit rates and with it, lending rates as well, as banks count their marginal cost of funds. 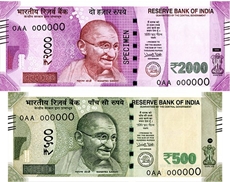 A day after the country's largest lender, State Bank of India (SBI), reduced rates on fixed deposits of select maturities by up to 0.15 per cent. private sector lender Axis Bank cut MCLR by 0.15-0.2 per cent.

Other lenders, such as state-run Canara Bank and United bank of India as well as major lenders in the private sector, such as ICICI Bank and HDFC Bank, on Thursday lowered their fixed deposit rates between 0.25 per cent and 1.00 per cent due to the surge in deposits following demonetisation.

With credit growth expected to be sluggish in the third quarter, banks across the country have started cutting their deposit rates. The reduction in lending rates will increase with the rise in deposits and this will translate into lower lending rates when banks review their marginal cost of funds-based lending rate (MCLR) by the end of the month.

With banks expected to announce lower lending rates soon, this is expected to yield benefits for the retail customer.

ICICI Bank lowered interest rates on its fixed deposit between 390 days and two years by 0.15 per cent effective Wednesday. ICICI Bank has lowered rates on such deposits to 7.10 per cent against 7.25 per cent earlier.

For fixed deposits between 3 years 1 day and 5 years, the rate has been lowered to 6.5 per cent from 6.75 per cent that the bank was offering earlier.

On Wednesday, the country's largest lender State Bank of India (SBI) slashed fixed deposit rates on select maturities by up to 0.15%. Private lender Axis Bank has cut MCLR by 0.15-0.2%.

The report said that the banking system liquidity will get a boost with deposits increasing and currency in circulation growth easing going forward, as ''unaccounted black money'' is flushed out of the system and future cash transactions also reduce in fear of probable scrutiny at a later stage.

Meanwhile, Bank of Maharashtra, which is the convenor of the State Level Bankers' Committee in Maharashtra, has started a dedicated helpline for the benefit of all customers in Maharashtra, irrespective of which bank they hold an account in.

The helpline has been set up with the aim to answer various queries regarding demonetisation of Rs500 and Rs1,000 currency notes. The helpline number is 1800-233-7771.