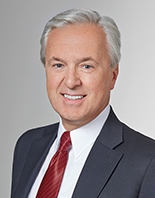 John Stumpf resigned Wednesday as chairman and chief executive of Wells Fargo & Co, amid increasing criticism from lawmakers and others who called for his exit over revelations that bank employees created as many as 2 million accounts without customer authorisation (See: Wells Fargo fined $185 mn for opening millions of unauthorised accounts).

The lender's wrongdoing was exposed by The Los Angeles Times leading to a $185-million settlement with regulators last month.

The scandal, which was the largest since the financial crisis, sparked calls for a breakup of the one of the US' biggest banks.

Stumpf, 63, who had been chief executive since 2007 and chairman of the board since 2010 has been replaced by Timothy J Sloan, 56, a long-time Wells Fargo executive who was named president of the company last year, who takes over immediately.

Stumpf, would not receive any severance, according to public filings, though he would  retain over $100 million in vested stock, plus accumulated pension and 401(k) benefits exceeding $24 million, according to the filings.

''I am grateful for the opportunity to have led Wells Fargo,'' Stumpf said in a statement. ''While I have been deeply committed and focused on managing the company through this period, I have decided it is best for the company that I step aside. I know no better individual to lead this company forward than Tim Sloan.''

According to the regulators, employees opened fake bank and credit card accounts to meet aggressive sales targets. They also moved money between the accounts and even created fake email addresses to sign customers up for online banking - all without customer authorisation. They also issued and activated debit cards and also created PINs, without customers' knowledge.

"I wish I could snap my fingers and make everything all right again, but it's going to take time," said Sloan said in an interview late Wednesday. "We are going to make it right by our customers and we are going to work to win that trust back."