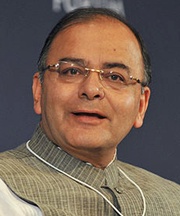 Finance Minister Arun Jaitley has blamed the huge losses of state-owned banks to higher bad loan provisioning and said the government is committed to provide more funds for recapitalisation of banks.

After a meeting with bank executives today, the finance minister said state bankers would propose a mechanism to reach "commercially prudent" loan settlements, as the government and lenders met to discuss how to tackle the country's bad loan problem.

Public sector banks (PSBs) actually made operating profits of Rs1,40,000 crore in 2015-16, he said, indicating that their performance was not as bad as being projected.

A Reuters reports said as per the proposal a steering committee of five banks with the greatest loan exposure would analyse problem loans and recommend steps such as replacing management and deep loan restructuring at indebted firms.

The five-bank steering committee would examine the ''process flow'' relating to bad loans and then recommend appropriate action.

If a forensic audit commissioned by the panel delivers adverse findings, then a change of management of the borrower company would be initiated and a search launched for a bidder for the business.

If no viable buyer can be found, and the forensic audit finds no wrongdoing, then a deep restructuring would be pursued with the existing promoter, according to the document, based on consultations between the financial services department of the finance ministry and the Indian Banks' Association (IBA).

It was not immediately clear whether this proposal was final but bankers said its goal was to provide a level of legal protection for them in deciding whether to take major haircuts on loans that have gone sour.

"The situation is very grim," said one senior banker who attended the meeting, adding that the main issue was "who will take, and how much, haircut".

The IBA is also reported to be considering a proposal to set up two funds to buy equity in companies under debt stress and provide them with working capital, according to another newspaper report.

The creation of a special panel to handle tough loan decisions would give cover for banks to take a "haircut" on irretrievable loans without having to face a political and popular backlash.

"The government is fully committed to supporting the banks in this regard," Jaitley told a news conference in New Delhi.

It would "empower" banks to take decisions while providing legal protection and support for recovery of debt, Jaitley added.

India's banks are saddled with about Rs8,00,000 crore ($120 billion) in stressed assets, or 11.5 per cent of the total, with 27 public sector banks accounting for the lion's share.

State-owned banks also account for 70 per cent of total bank loans in the country . Fixing the bad loan problem is key to the Modi's government plans to revive credit and investment growth.

India's economy posted a growth of 7.9 per cent in the March quarter, making it the world's fastest-growing, but that was more due to government and consumer spending.

The Reserve Bank of India (RBI) will be explaining the scenario better tomorrow when it announces its bi-monthly policy review, with most economists prediction Governor Raghuram Rajan to hold rates, according to Reuters.