While the government celebrates the fact that nearly 22 crore bank accounts have been opened under the Pradhan Mantri Jan Dhan Yojna, the Reserve Bank of India has sounded a note of caution: these newly opened accounts could be "very vulnerable" to misuse for "money muling". 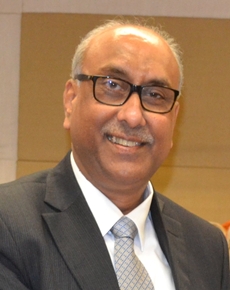 Speaking at a conference of bank officials in Mumbai today, RBI deputy governor S S Mundra said, "In a recent episode, it was observed that an idle account was used for receiving and transferring large funds without the knowledge of the account holder. The fact came to light only when authorities served a notice to the account holder."

The RBI blames the banks' systems and processes for poor monitoring of these accounts. The central bank has asked banks to be on guard against such practices.

According to the RBI, the current systems of alerts and exceptional transaction reporting mechanisms are primitive and generally ineffective against frauds.

It has now warned that failure to guard against misuse of customers' accounts may result in banks incurring supervisory sanctions and enforcement action.

High service charges
Banks have also been warned against high service charges and penalty for negative balance in savings accounts. They have also been told to stop seeking proof of local address to open bank accounts. The central bank also reiterated the need for using any permanent address to open accounts and meeting Know Your Customer (KYC) norms.

In what could be a breakthrough in empowering customers, the RBI - with the Indian Banks Association or IBA - is working on a standardised form for customers wanting to open bank accounts. The new guidelines would highlight the list of documents which can be offered as proof and for KYC purposes by customers. This, the RBI says, might be the first step towards bank account portability.

To provide bank account number portability, the RBI is also studying a "unified KYC proposal and an unified payment interface in which a customer can be identified with this unique "virtual address" mapped to his mobile.